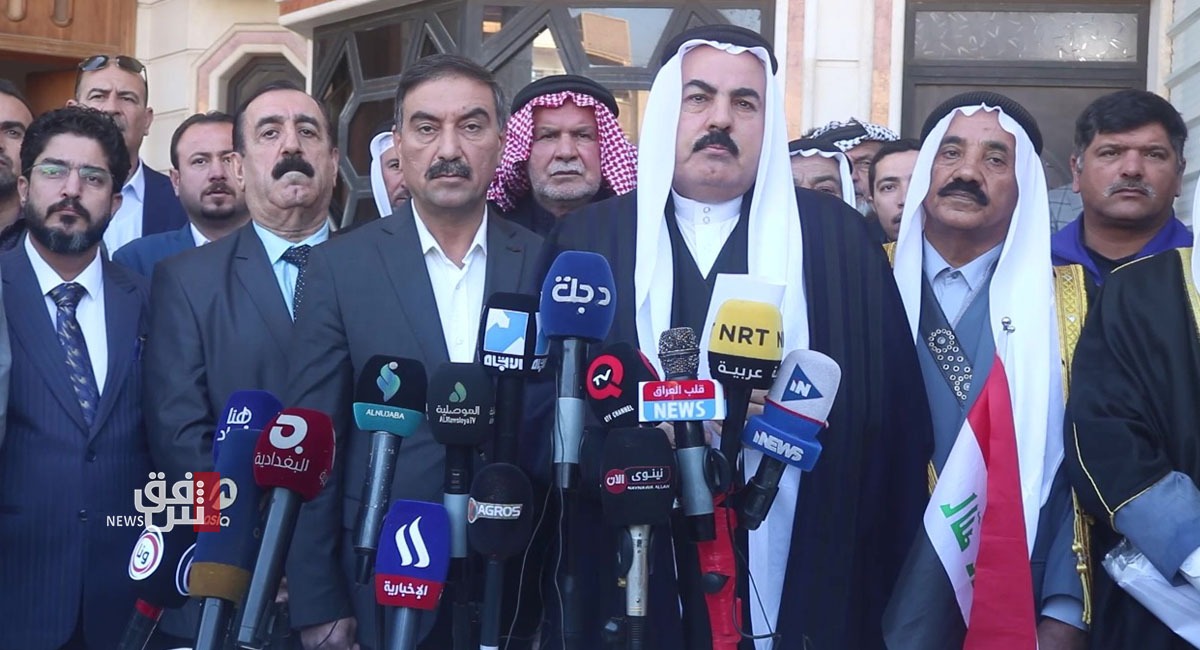 Shafaq News / Prominent personnel in Sinjar demanded, on Wednesday, the implementation of the signed agreement between Baghdad and the Kurdistan Regional Government regarding the normalization in the district.

Sheikhs, notables and intellectuals said in a joint statement " the agreement is not implemented, therefore, out-law groups took advantage to turn places of religious worship into cattle pens, which is unacceptable,” adding, “so far, more than 80 percent of the displaced people of Sinjar are living in camps and outside the camps,…. "

"We ask to extend a hand of help to save the worship places, to return the displaced to Sinjar, to establish security and to reconstruct the district." The statement added.

The prominent personnel threatened by saying, "if the agreement is not implemented, we will raise our demands to the Islamic world, the international community and international courts," noting that "the representatives of Sinjar were absent from most meetings with the UN representative in Iraq, Jeanine Plasschaert."

In October 2020, Baghdad and Erbil reached an agreement to normalize the situation in Sinjar, providing for the administration of the district in terms of administrative, security and service jointly.