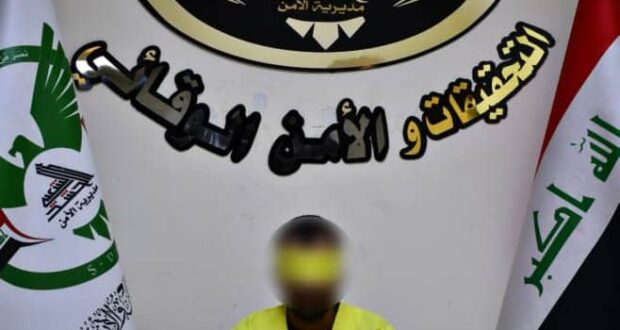 Shafaq News/ The security department of al-Hashd al-Shaabi (Popular Mobilization Forces-PMF) on Saturday said that a senior ISIS commander was captured in Kirkuk in cooperation with the Iraqi security forces.

The arrestee, according to an official press release, was the commander of the supporting forces in the so-called Wilayat of Nineveh during the reign of the terrorist organization over the governorate.

The terrorist confessed to a series of heinous crimes in different operations of the extremist organization, most prominently "the Sinjar raid."

The press release said that the arrestee raped five Yazidi women, including a sixteen years old child, and atrociously killed their spouses and families.

An officer killed in an ISIS attack in Kirkuk