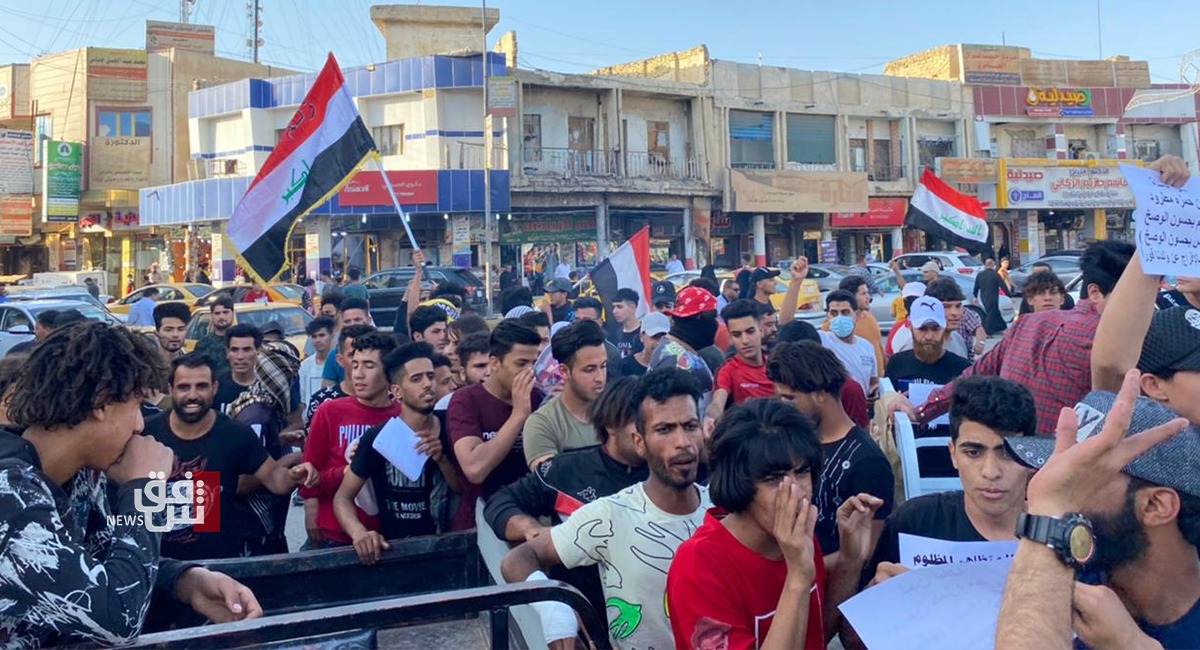 A security source told Shafaq News Agency that al-Ghanmi was seeking to reach the governorate headquarters in Nasiriyah to hold a press conference there.

However, "infuriated graduates blocked the Imam Ali road in the center of the governorate and delivered a message to Minister al-Ghanmi that he will not be allowed to reach the building and hold the press conference."

"The Minister responded to the demonstrators' message and decided to hold the press conference in Sumer Operations Command, four kilometers outside the city center."