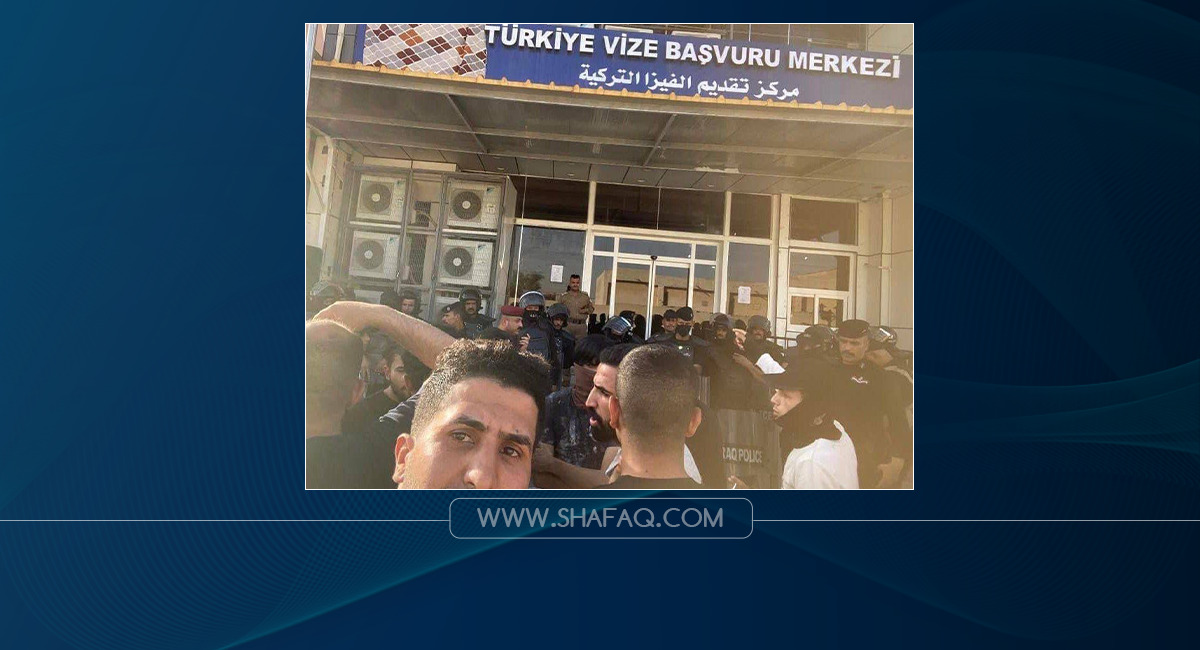 Shafaq News/ Angry protestors gathered near a Turkish visa application center in Najaf in the aftermath of a Turkish attack on a resort in the Kurdistan region earlier today, Wednesday.

At least four missiles hit the resort area of Barakh in the Zakho district of the Duhok governorate, district mayor Mushir Mohammed told Shafaq News Agency on Wednesday. All the casualties were Iraqi citizens.

Shafaq News Agency said that the protestors picketed the office and removed the Turkish flag from the top of the building.

The security forces cordoned the building to prevent the protestors from storming the office.

The security authorities in Baghdad deployed heavy reinforcements near the Turkish visa application center in Baghdad in anticipation of protests nearby.