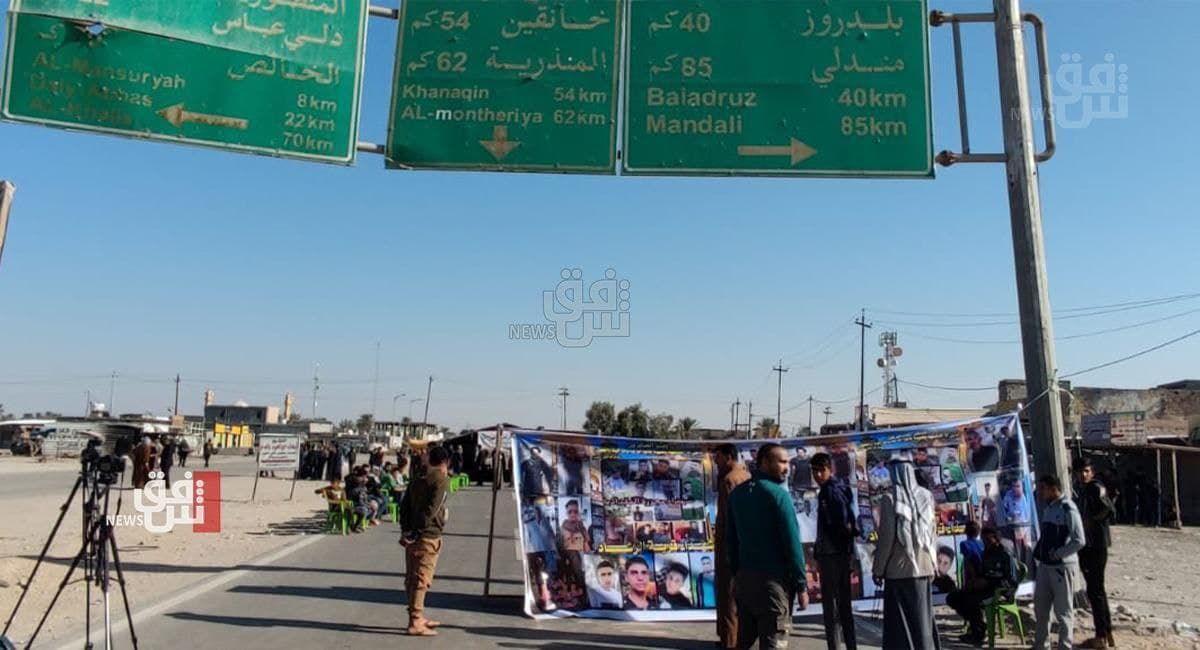 Shafaq News/ The families of the victims of the Al-Rashad massacre ended their sit-in today and reopened the Baquba -al-Muqdadiyah road, after their representatives met with Prime Minister Mustafa Al-Kadhimi, who pledged to implement their demands.

Shafaq News Agency correspondent said that the protesters reopened the road leading to Khanaqin and lifted the sit-in tents after promises from PM Al-Kadhimi to implement their demands.

Protesters from al-Rashad village, south of al-Muqdadiyah, organized a sit-in yesterday on the vital road linking three districts in Diyala, protesting the government agencies' "fake promises" made to the families of the victims of the al-Rashad massacre, which resulted in dozens of casualties.