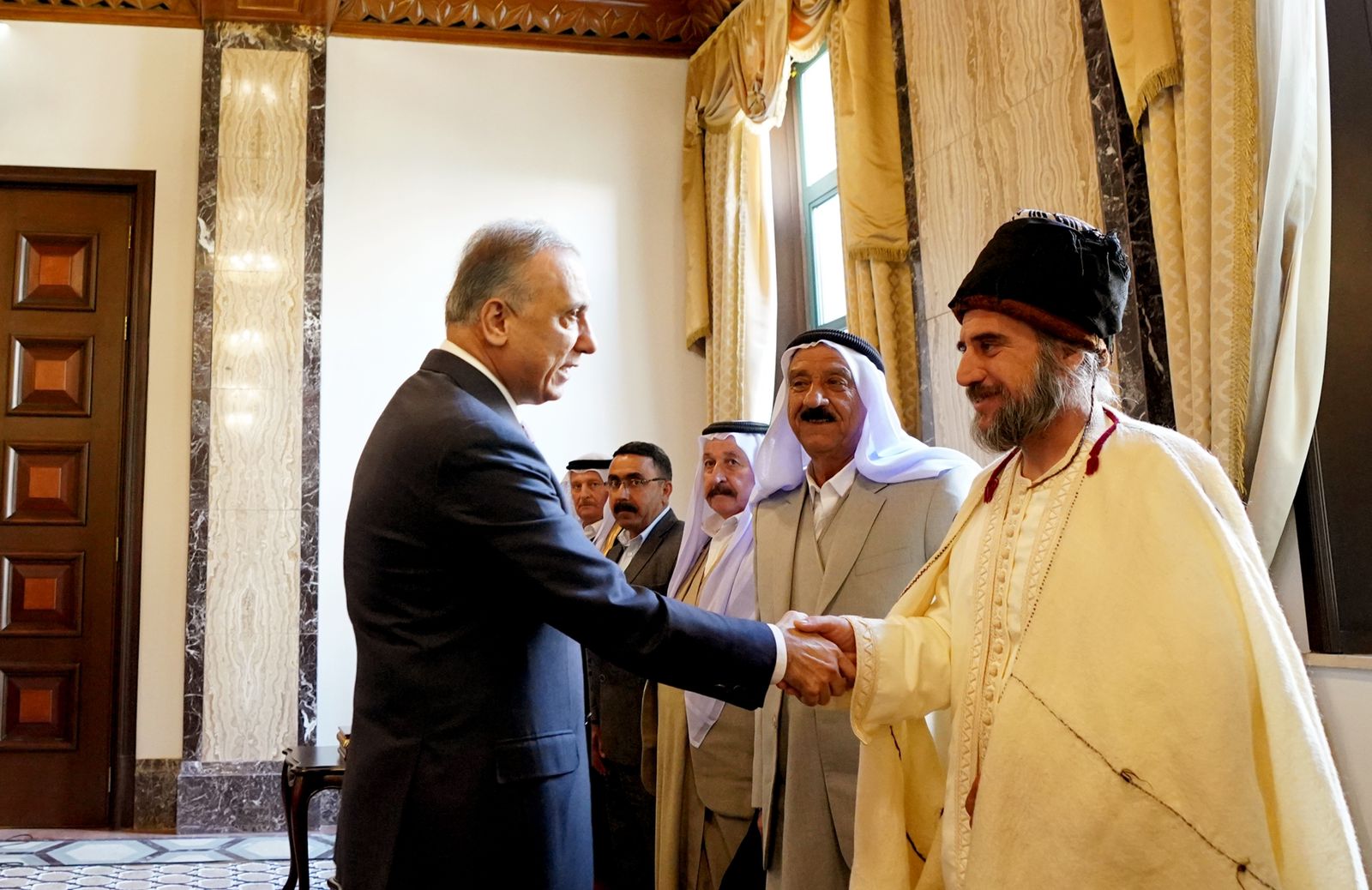 Shafaq News/ Iraq's caretaker Prime Minister, Mustafa al-Kadhimi, received a delegation from the tribespeople and dignitaries of the Sinjar district in the presence of a group of senior security officers earlier today, Monday.

According to a readout by Al-Kadhimi's bureau, the meeting was attended by the national security advisor, the Iraqi army's Chief-of-Staff, the head of the National Security Agency, and the deputy commander of the Joint Operations Command.

The delegation briefed the prime minister on the security and economic situation in Sinjar and the challenges facing the residents of the district contested between Baghdad and Erbil.

"I have visited the district twice," al-Kadhimi said, "it is imperative to establish the foundations of stability and restore regular life and the economic action in the district... The government pays special heeds for Sinjar."

"The purpose of the agreement held previously in Sinjar is making the state the only entity there. The locals shall embrace the security plans and address the past mistakes."

The Prime Minister ordered enlisting the establishment of Sinjar's reconstruction fund and the deployment of people from the district in the security forces in the 2022 bill.