President Salih: we see the signs of an impending conflict 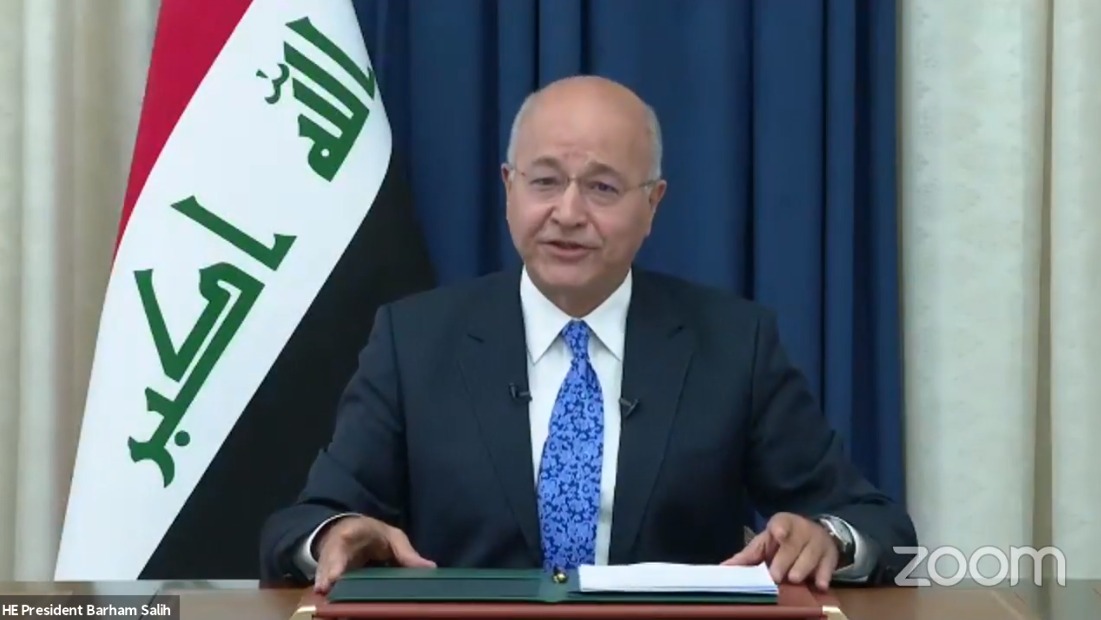 Shafaq News/ The President of the Republic of Iraq, Barham Salih, took part in an online interview today, Wednesday.

The discussion is being hosted by Beirut Institute and marks the first anniversary of the think tank's series of online "e-policy circles".

President Salih said in the interview, "we see the signs of impending regional conflict," highlighting Iraq's role in bridging gaps between the conflicting parties.

"Iraq has a long course for economic and political recovery. We are also facing regional tensions. We envisage features for the expansion of this conflict in the region, and Iraq is trying to bring those rival parties together."

"Iraq cannot be weak. It cannot be plunged into conflict. Most Iraqis want to move forward to help our friends in the region."

Wednesday's talks are "dedicated to a constructive and forward-looking discussion" with President Salih, the institute said.