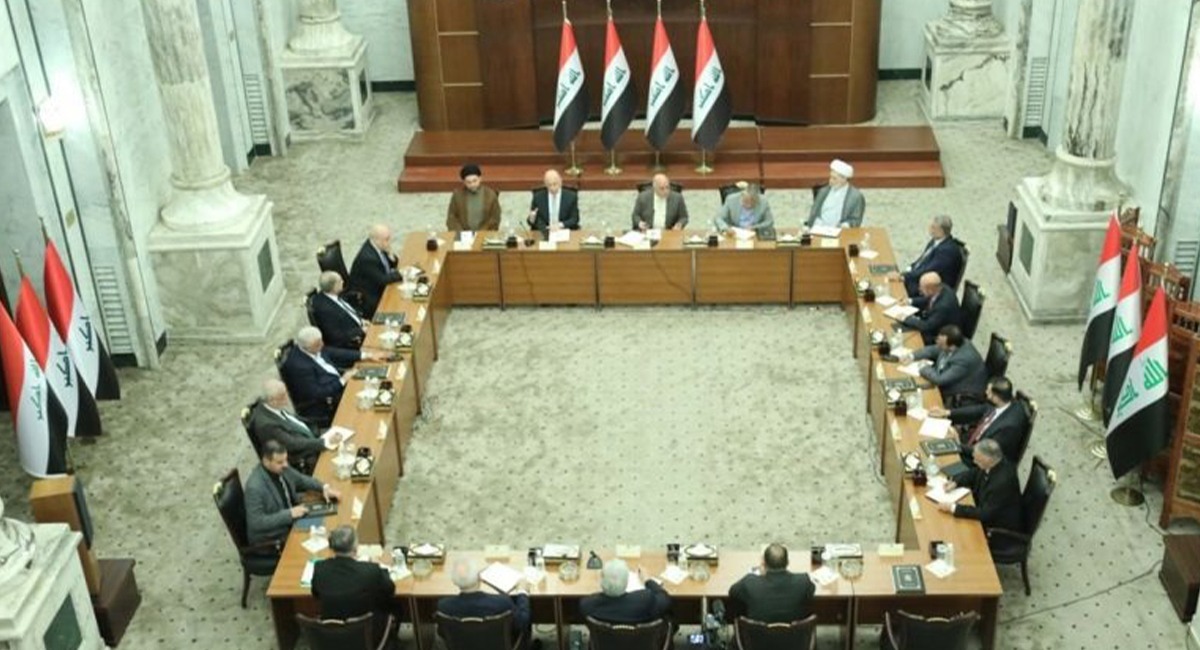 Shafaq News/ The President of the Republic, Barham Salih, will convene with representatives of the blocs contesting the results of the Iraqi parliamentary election in the next few hours to converge the views over the formation of the next cabinet.

A source told Shafaq News Agency that the meeting will include the political forces of the Coordination Framework, along with the Kurdish and Sunni blocs who have cast reservations on the election results.

The forces of the Cooperation Framework, a consortium that includes Shiite political parties except for the Sadrist bloc, al-Azm alliance, and the Patriotic Union of Kurdistan (PUK) reiterated their dismissive attitude to the October election results during a meeting held at Nouri Al-Maliki's residence earlier on Sunday.

A readout issued earlier today said that the meeting touched upon "the facts and data that prove the massive default in the results and the consequent political and social repercussions."

"The forces agreed upon their rejection of the results and the selectivity of the Independent High Electoral Commission [IHEC] in dealing with the appeals, and demanded the latter to consider the appeals seriously, perform a manual recount to all the Electronic Voting Machines [EVMs], and correct the mistakes that accompanied the counting process."

The meeting called on the President of the Republic to intervene to "prevent the escalation of the events more dangerously."

"The attendees extended gratitude to the Security forces for protecting the demonstrators," the statement said, "we assert our commitment to the legitimate demands and all the available constitutional activities to achieve them."