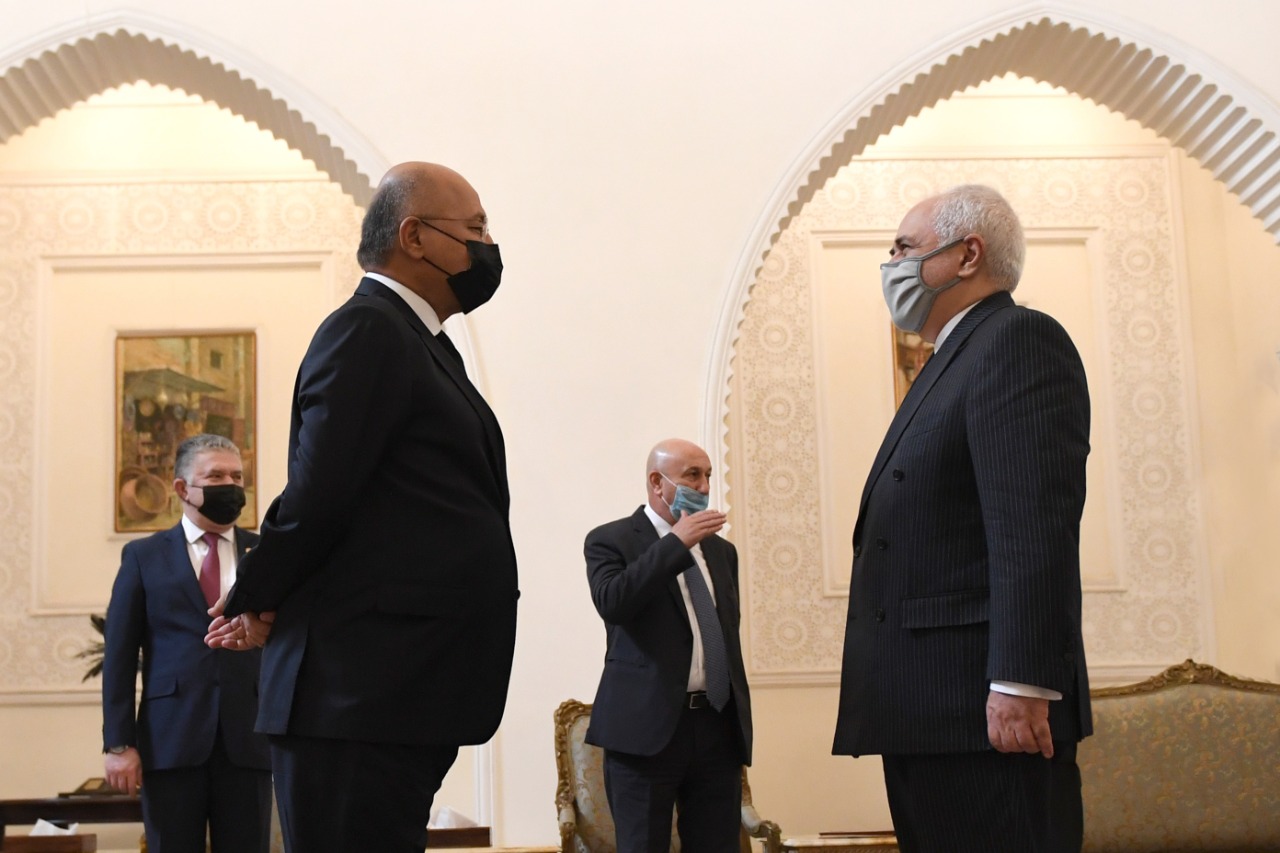 Shafaq News/ The President of the Republic of Iraq, Barham Salih, hosted the Iranian and Iraqi Ministers of Foreign Affairs, Mohammad Javad Zarif and Fuad Hussien, in the Salam Palace in the Iraqi capital, Baghdad, earlier today, Monday.

A readout of the meeting issued by the Iraqi Presidency said that President Salih discussed with his guests the Iraqi-Iranian robust relations rooted in the deep cultural, religious, social, geographical ties that the people of both fraternal countries share.

The meeting laid emphasis on "expanding the horizons of the bilateral cooperation and Activating the concluded agreements in all fields."

Salih said, "the openness approach, which Iraq has adopted both regionally and internationally, aims to establish poised relations that bolster tension-easing efforts."

"The strong, independent, and sovereign Iraq represents an asset to the entire region, a major stabilizing force, and a basis for a system founded upon common security, economy, environment protection, and sustainable development plans."

Zarif extended condolences for the Ibn Khatib tragic incident, reiterating his country's support for Iraq's sovereignty and stability, and eagerness to enhance the bilateral relations with Iraq.

The Iranian Minister of Foreign Affairs arrived in the Iraqi capital, Baghdad, on Monday.