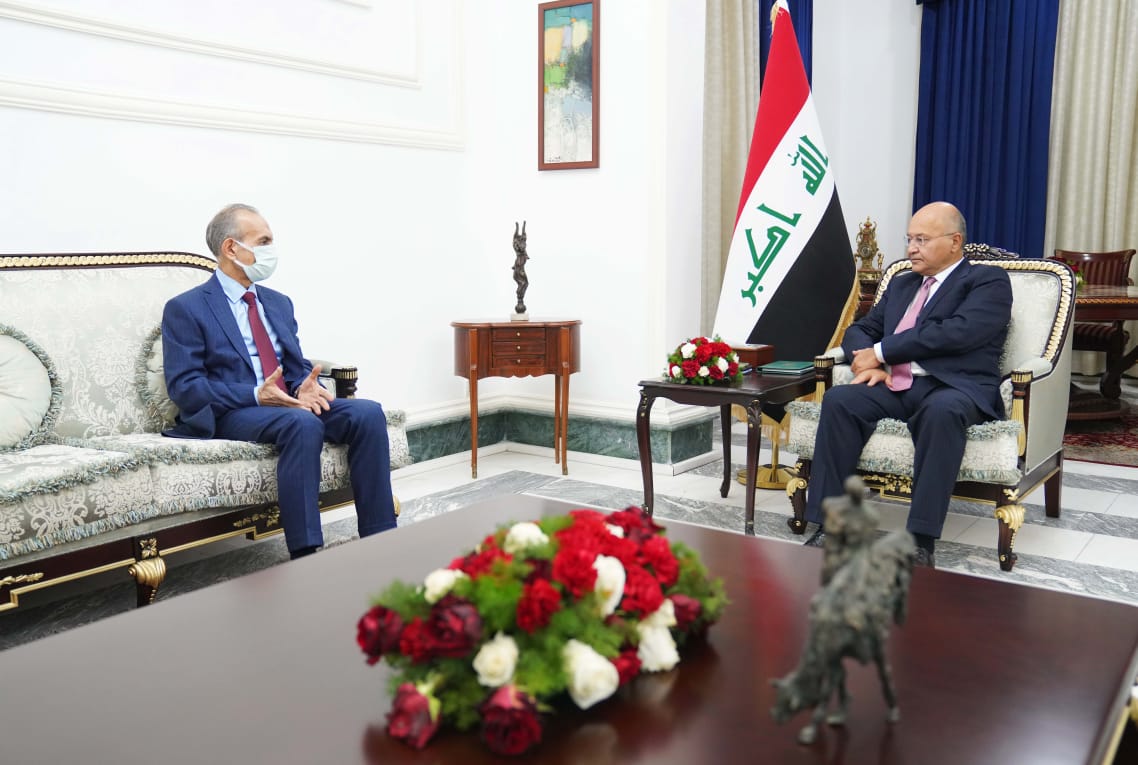 Shafaq News/ The President of the Republic of Iraq, Barham Salih, received today, Tuesday, the President of the Iraqi Turkmen Front (ITF), Hasan Turan, in al-Salam Palace in the Iraqi capital, Baghdad, and discussed with him the conditions of the governorate of Kirkuk.

A readout of the meeting issued by the Iraqi Presidency said that the Salih explored with his guest the security and services conditions in Kirkuk, stressing the importance of enhancing stability, security, and coexistence in the Kurdistan Region.

The meeting laid emphasis on bolstering and protecting the coexistence between the communities of Kirkuk, tackling differences upon the basis of the constitution, and sparing no effort to address their sufferings away from marginalization and discrimination, taking into consideration the will of the people of the governorate.

Salih added, "Kirkuk has rich natural and human resources. Those characteristics must be reflected upon the people of Kirkuk," stressing the need to provide security to the citizens and prevent the terrorists from whoever wants to hamper its stability."

Salih: The Levant is unimaginable without its Christians