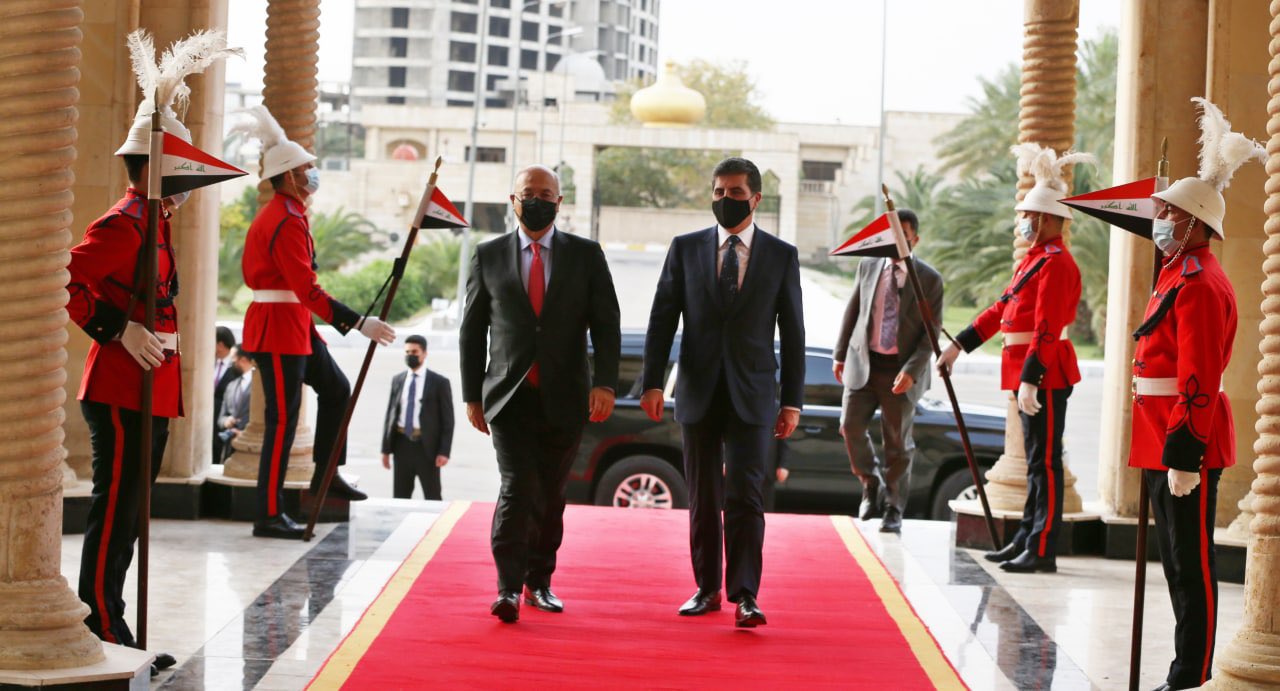 Shafaq News/ The President of the Republic of Iraq, Barham Salih, landed earlier today, Wednesday, in the capital of the Kurdistan Region, Erbil.

Shafaq News Agency correspondent reported that the President of the Kurdistan Region was on the head of the reception delegation.

According to information obtained by Shafaq News Agency, President Salih will convene with President Barzani and senior officials in the region to discuss the conditions in Kurdistan and Iraq, as well as the preparations for the impending legislative elections.

Salih will also touch up unifying the Kurdish political discourse, the attack that targeted the Erbil International Airport, and updates on the situation in the region.