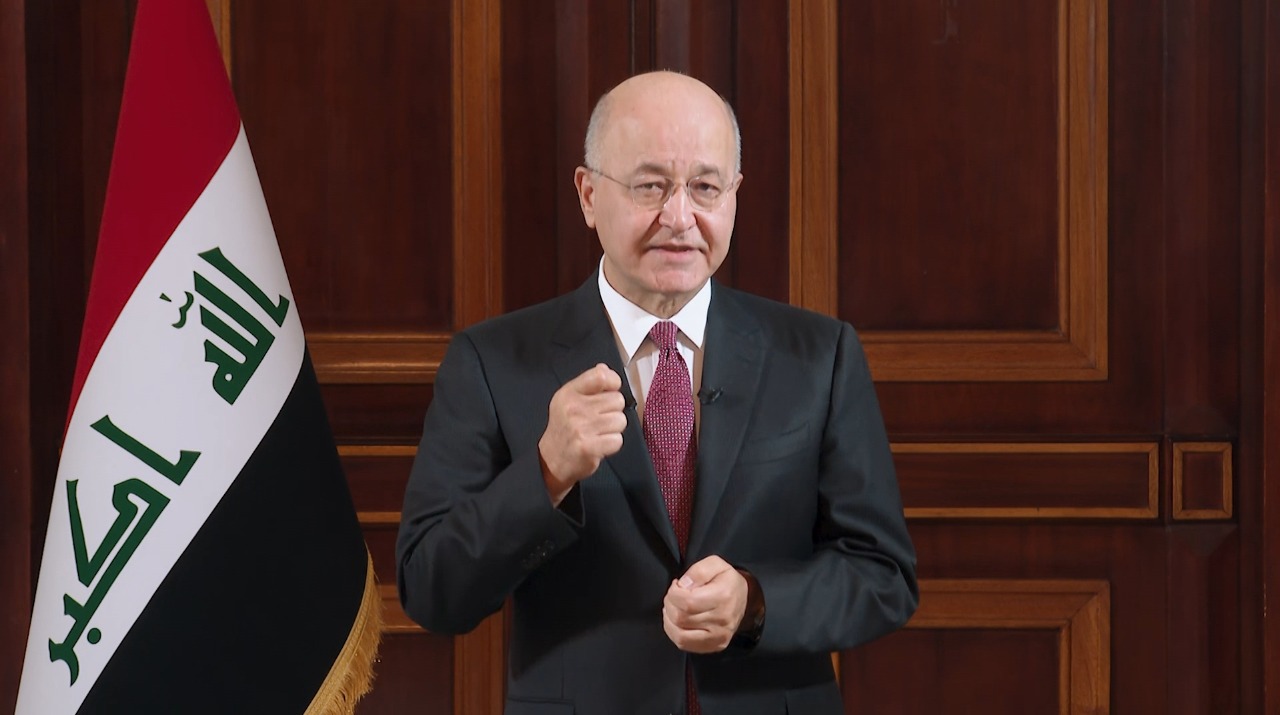 Shafaq News/ The incumbent President of Iraq, Barham Salih, addressed the nation in an open speech on Tuesday, reiterating his decision to run for a second term.

The Iraqi president reiterated his commitment to the position of the presidency and called on the council of ministers to entrust him with a second term in office, saying that he looks forward to "undertake the honor of responsibility again."

Salih added that during his term as president of the republic, he "did not allow, under any circumstances, despite the various difficulties and pressures, the humiliation of the position."

The speech from Salih comes as his term heads toward an end, with the parliament set to hold a session to elect a new president on February 7.