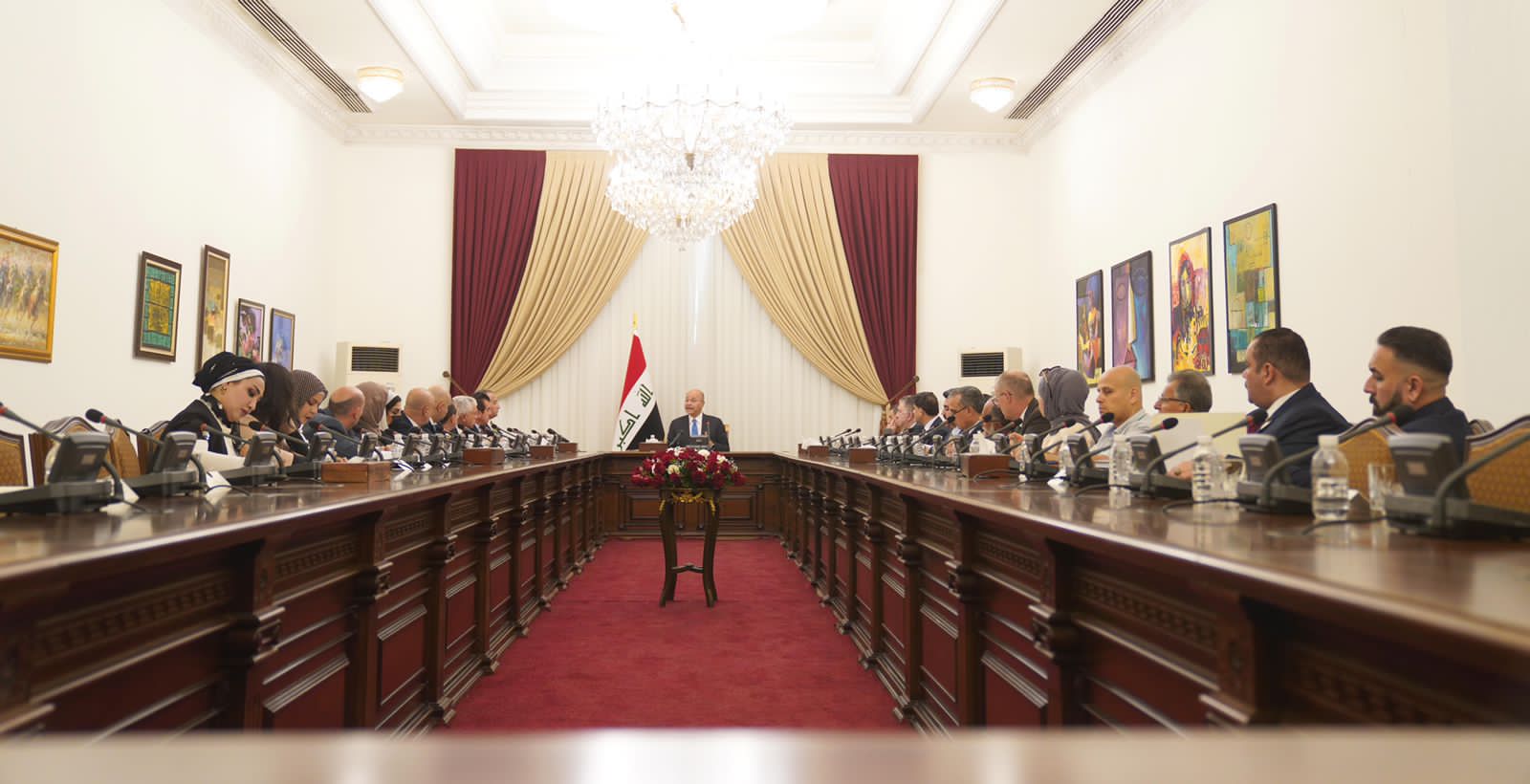 Shafaq News / the President of the Republic of Iraq, Barham Salih held an extensive meeting on the occasion of World Environment Day. The meeting was held at Salam Palace in Baghdad.

Iraq’s Minister of Environment, Jassim Abdul Aziz al-Falahi attended the meeting alongside representatives of the United Nations, UNESCO, and Iraq's civil society organizations specialized in the field of environmental protection.

Addressing climate change must become a national priority as it is an existential threat to the future of our generations to come, and Iraq is one of the most at-risk from climate-change impact, President Salih said while noting that Mesopotamia should be revitalized through the national strategic plans and the necessary partnership of civil society organizations and the Youth people.

Based on Iraq’s high population growth rate, estimates suggest that the country’s population will grow from 41 million today to 52 million by 2032, and to 80 million by 2050, he added.

It is, therefore, water scarcity is expected to increase due to the increase in water demands accompanied by an increase in Iraq's population, he continued, that desertification is affecting 39% of Iraq’s territory, with the loss of agriculture because of increased salination.

According to Iraq’s Ministry of Water Resources, the country could face a shortfall of as much as 10.8 billion cubic meters of water annually by 2035, he went on to note, that, this is due to the shrinking of water in our twin rivers, the Tigris and the Euphrates, evaporation of the water from the dams, and the lack of modernization of irrigation methods.

Additionally, His Excellency President Salih emphasized that the Initiative – the Mesopotamia Revitalization Project, introduced by the President's Office and adopted by PM, is not only for Iraq but also for the world as well,

Moreover, climate change threatens Iraq and the world alike, he said, the project included reforestation, modernization of water management, generation of clean renewable energy, and integration of environmental plans for the States of the region through further cooperation.

The country's geographical location placed in the heart of the region, and its environmental diversity such as Palm Trees, Marshes, and the Kurdistan Mountains makes Iraq to have the potential to serve as a point of cooperation and inclusion for the Middle East to find solutions for the environment, the President underlined.

Furthermore, we should support the Iraqi youth in the climate change process, he added, while they are a key contributing factor to the protection environment, and have excellent initiatives in this area.

The climate change crisis doesn't distinguish between one country and another, he went on to note that, the challenge is a global one, and it requires a global response, and the temptation shouldn't be to look inward and to leave each country to fend for itself.

Therefore, President Salih highlighted that, if any country wants to protect itself from climate change, it should find a way to work with its neighbours and the states of the region, and the World.

Sandstorms, water scarcity, rising temperature and desertification are cross-border threats that will only be addressed through high-level international coordination and planning that support the national, regional and international plans, he said.

Iraq’ Salih meets the US ambassador to Iraq