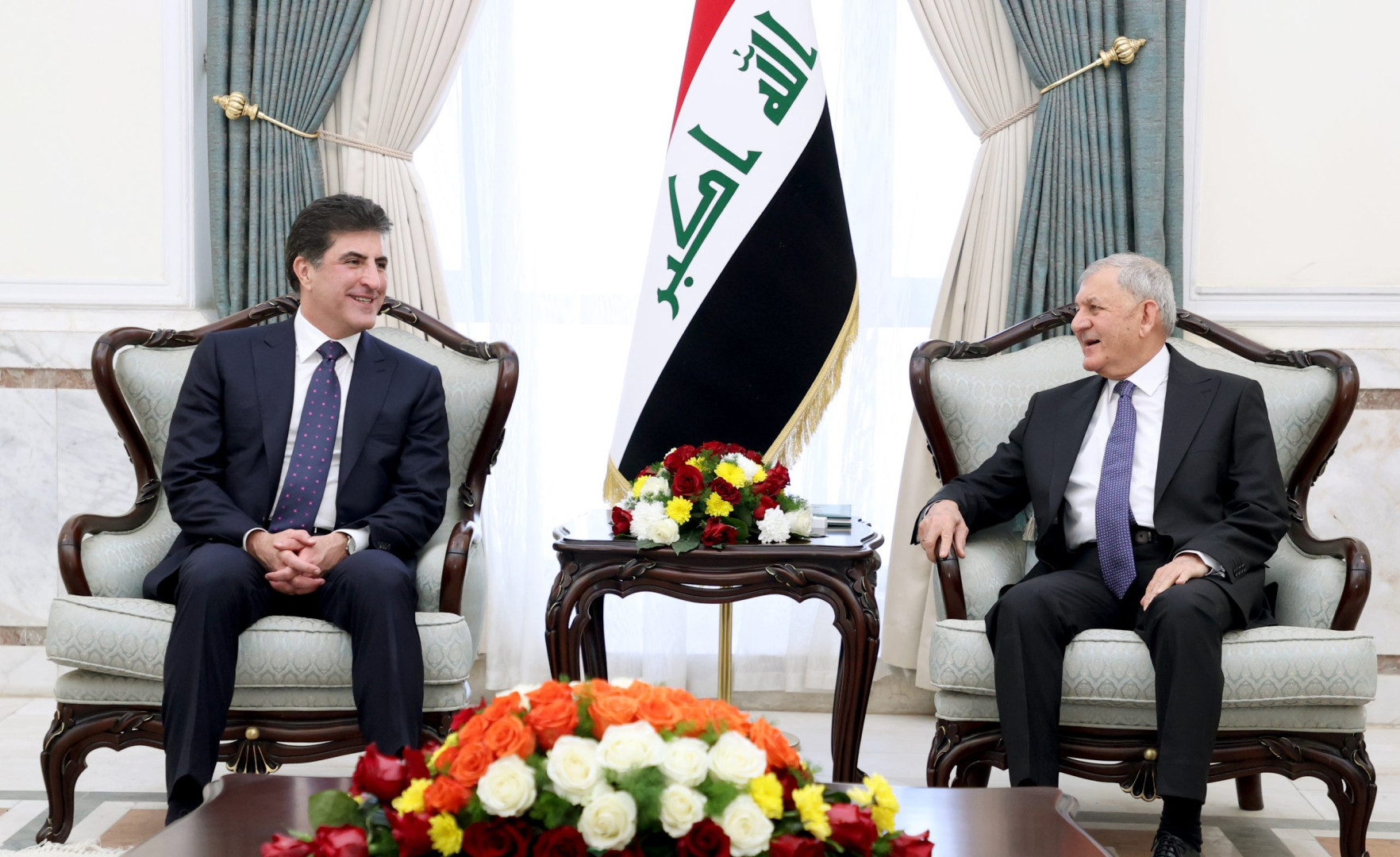 In the meeting, the dire situation of Iraqi refugees in the camps was discussed, highlighting the importance of cooperation among all sides to improve the living conditions in refugees camps across the country and the safe return of the refugees to their homes.

Discussions also focused on the latest security, political, and economic developments of the country, with both sides reaffirming their support of the steps taken by the federal government to implement its program aimed at improving living conditions and providing better services to the public.

Also in the meeting, Iraq’s relations with neighboring countries were discussed based on respect and mutual interests. They also emphasized cooperation and unity to protect Iraq’s stability and sovereignty.

About the attempts to confront ISIS terrorists and their actions, both sides agreed on the importance of cooperation between all security forces, Peshmerga, and the army to eliminate terrorists and to protect the life and homes of citizens.

The meeting also focused on the Erbil- Baghdad issues, emphasizing the need to hold a constructive dialogue. It was underlined that the pending laws should be approved in the Council of Representatives as soon as it is possible towards a solution according to the constitution which guarantees the rights, social justice, and equality among all Iraqi communities.