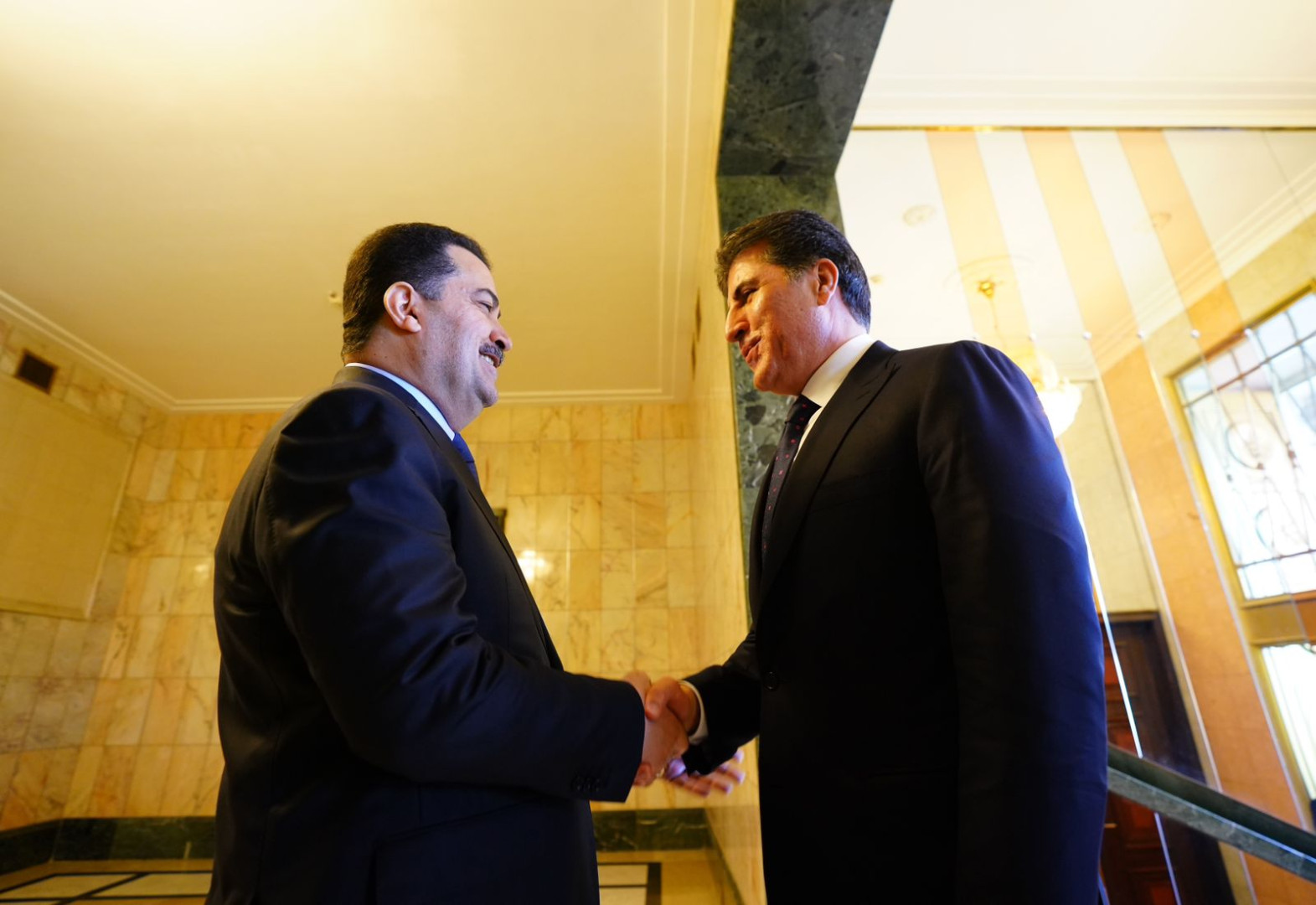 According to an official readout, "both sides reiterated the importance of maintaining a mutual stance on the national level, and cooperation and unity to face the challenges in the fields of economy, livelihood and services that are necessary to provide better living conditions for all Iraqi citizens."

The Prime Minister of Iraq "reaffirmed that the federal government is committed to the Constitution of Iraq to solve the problems with the Kurdistan Regional Government in a way that guarantees the rights of all the parties."

President Barzani congratulated Prime Minister al-Sudani on the approval of his cabinet by the parliament and expressed his optimism for the ability of the new government to move the country towards mutual understanding among all sides and resolution of disagreements.

"Discussions also covered the security issues along the bordering areas of Iraq, the cooperation between the two sides to protect Iraq’s security, and working together to ensure Iraq’s soil is not used to pose threats to any neighboring country," the statement said.