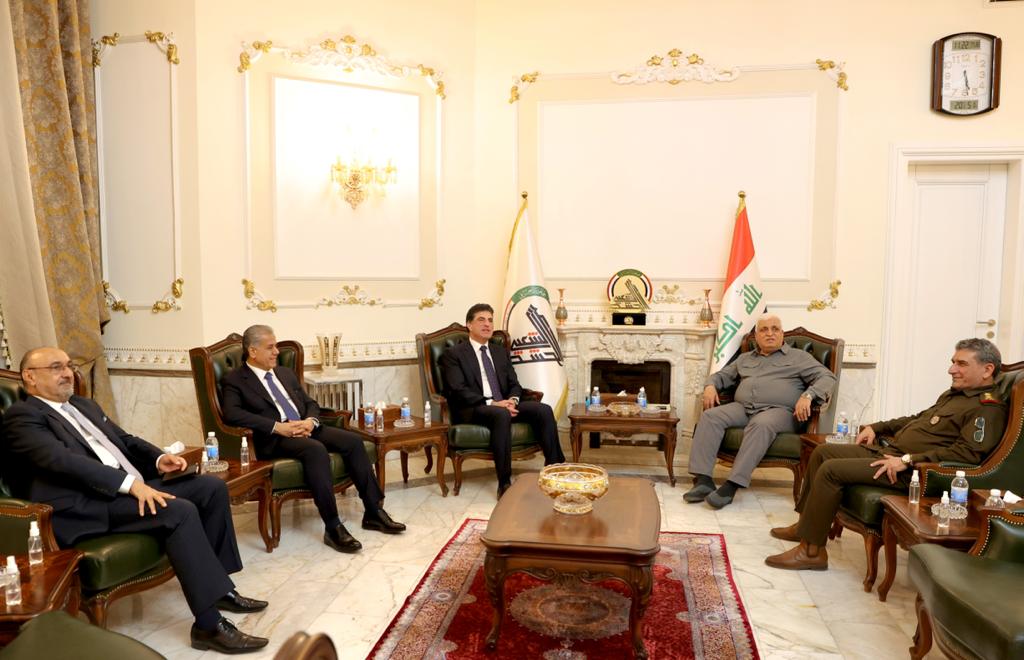 Shafaq News/ The President of the Kurdistan region, Nechirvan Barzani, and the chairman of al-Hashd al-Shaabi (Popular Mobilization Forces-PMF) Commission, Falih al-Fayyadh, discussed in a Tuesday meeting Iran and Turkey's violations of Iraq's territorial sovereignty, an official readout by the former's office said.

President Barzani's meeting with al-Fayyadh touched upon the situation in Iraq and the security challenges facing it, the readout said.

The meeting laid emphasis on expanding the cooperation between the Peshmerga forces, army, and other security forces in Iraq's endeavors to eradicate ISIS presence in country and the territories covered by Article 140 of the Iraqi constitution in particular.

"The bombardment of the Kurdistan region by neighboring countries was also discussed during the meeting," it concluded.

Nechirvan Barzani supports organizing a conference on Sufism in Iraq