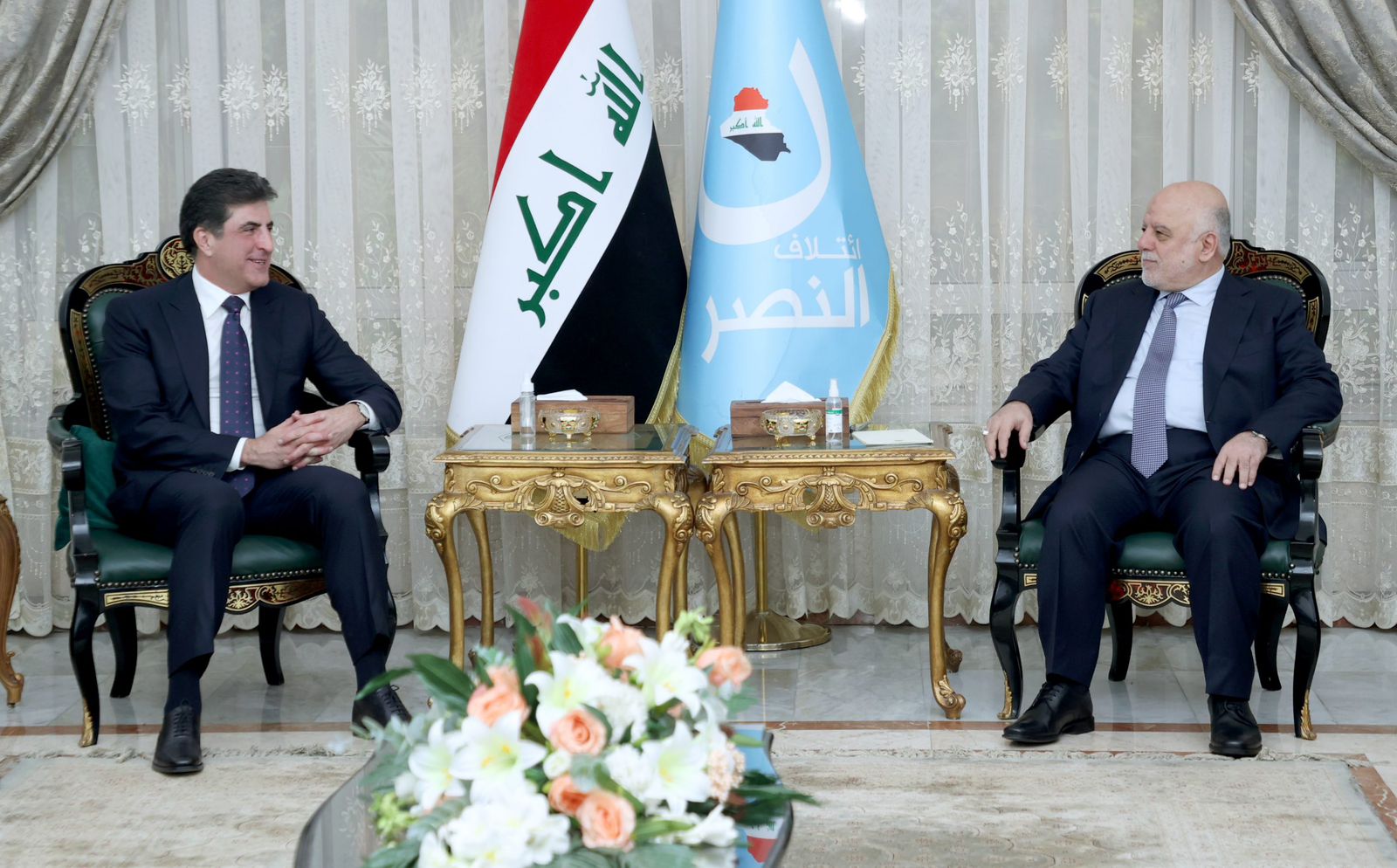 Barzani and al-Abadi, according to the readout, discussed the political and security situation in Iraq, the new government's program, and the joint work to overcome the crises.

The meeting touched upon Iraq's ties with neighboring countries and the situation in the Middle East, the readout said.

Since he arrived in the Iraqi capital earlier today, President Barzani has held a series of key meetings with senior government and political figures.

Barzani has met with the Iraqi president and prime minister, representatives of al-Siyada (Sovereignty) coalition, and leaders of the Coordination Framework.