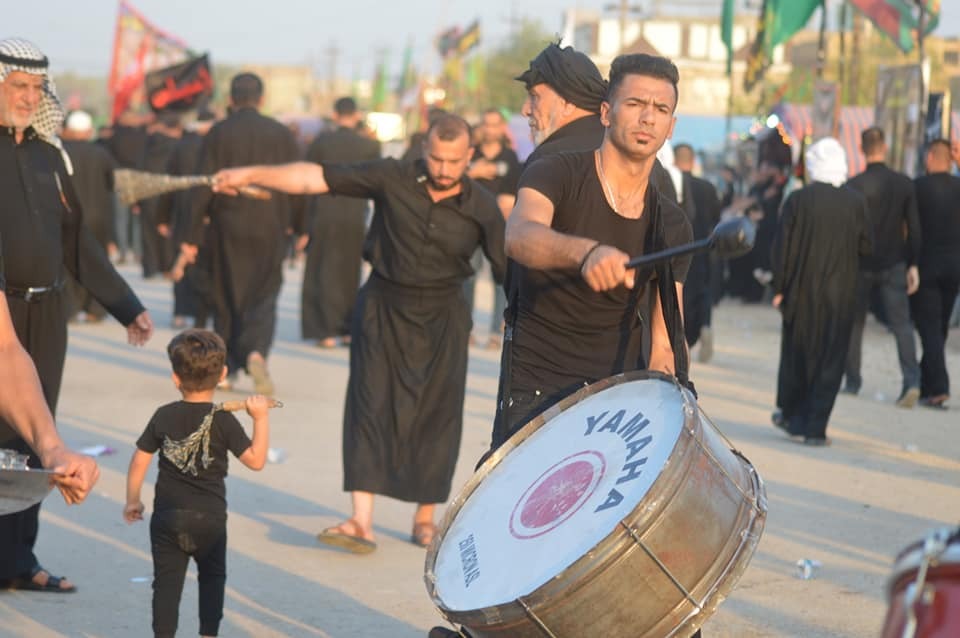 Shafaq News / Pilgrims from the central and southern governorates complained of the "complicated measures" imposed by the local government of Najaf and its security leadership upon visiting the shrine of Imam Ali Ibn Abi Talib, to commemorate the Martyrdom of Imam Hussein.

Many pilgrims said in interviews with Shafaq News agency that they were, "prevented from entering Najaf governorate to set up a mourning pavilion in the old city under the pretext of orders from the head of the crisis cell in Najaf, Governor Louay Al-Yasiri".

Citizen Mortada al-Husseini, a resident of Basra Governorate, told Shafaq News agency, “Most of those who were prevented had Husseini processions that they installed every year. They were frustrated by the security measures imposed upon them by the security forces. For this reason, they took their complaint to media".

Pilgrim Abu Muhammad from Al-Diwaniyah governorate told Shafaq News agency reporter that they are committed to all the preventive measures that the Crisis Cell and the National Health and Safety Committee considered regarding wearing masks and gloves. He also indicated that their convoys distribute food and drinks while considering healthcare measures as well. Nevertheless, the Crisis Cell took an "expulsive" position against those who wanted to revive the Husseini rituals.

For his part, Abu Kadhim from Dhi Qar Governorate stated, "the crisis cell in Najaf governorate allowed the owners of processions in Najaf to set up the Husseini service marquee while preventing others from providing services to pilgrims. This is a double standard by the local government". Abu Kadhim criticized the local crisis cell's plan as it did not consider establishing committees to organize religious occasions and rituals.

It is noteworthy that the administrative and security authorities in the governorates of Najaf and Karbala imposed strict measures on the anniversary of Ashura this year to prevent the influx of pilgrims in the light of the wide outbreak of COVID-19.