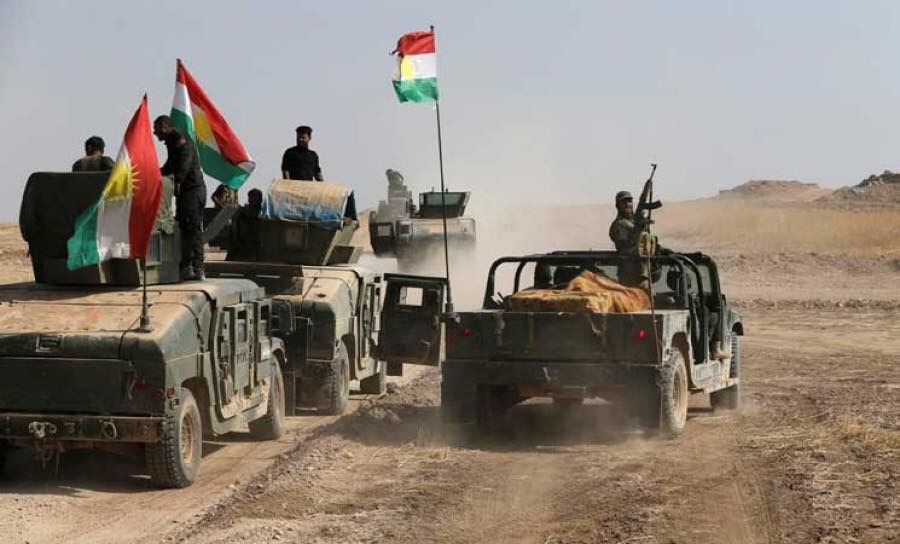 Shafaq News / A military commander in the Peshmerga forces disclosed the reasons for not opening an independent joint coordination center in Saladin.

Major General Muhammad Rustum Muhammad said that the demands to open a joint coordination center in the Tuz Khurmatu district of Saladin are legitimate demands, and aim to address the gaps and terrorist outposts between Kirkuk and Saladin, but the Peshmerga Ministry decided to merge the Tuz Khurmatu center with the Kirkuk center, according to the military affiliation of the Peshmerga in Tuz Khurmatu, which is

He noted that the Joint Coordination Center in Kirkuk will operate according to tight plans to contain security threats, the terrorist organizations' attempts to expand in the outskirts of Tuz Khurmatu, and protect residential areas and security sectors from any terrorist attacks.

He explained that the security agreements between the Ministries of Defense and the Peshmerga approved opening four joint coordination centers in Diyala, Kirkuk, Nineveh, and Makhmur to address the security gaps..

Joints activities in the areas of contact lines with Kurdistan