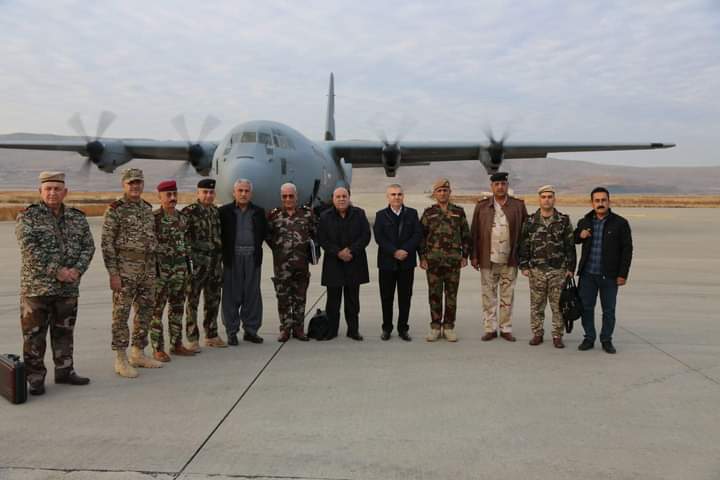 Shafaq News/ A delegation from the Ministry of the Peshmerga Affairs convened with a delegation of the Iraqi Joint Operations Command in the presence of representatives of the Global Coalition to join efforts in the battle against terrorism.

A readout issued by the Ministry said that the meeting was held under the auspices of the Secretary-General of the Peshmerga Forces, Jabbar Yawar, and was attended by a group of high-profile security commanders.

The meeting discussed bolstering coordination in the disputed territories to curb the threat of ISIS terrorists, the friendly forces support, and broadening the spectrum of the security meetings to lay out a clear vision to deter future security challenges.

A brigade of the Peshmerga becomes under the Iraqi Defense Ministry