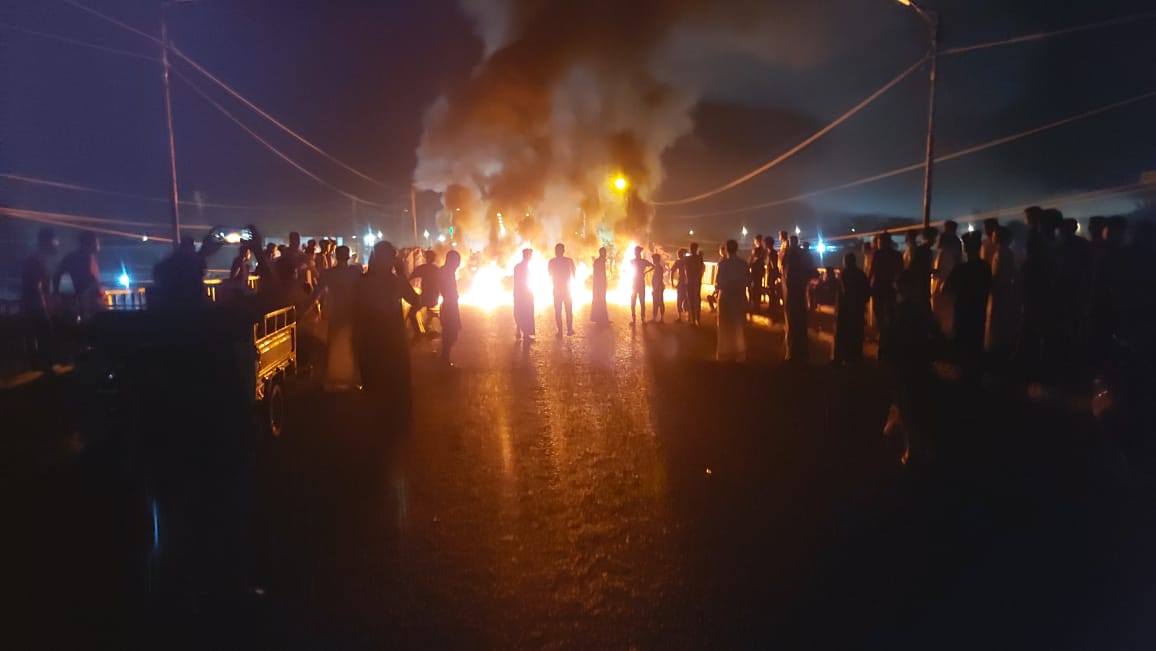 Shafaq News / Dozens of people stormed on Saturday the street in Al-Islah district in Dhi Qar governorate,  demanding the improvement of the service situation in the district.

He added that the demonstrators blocked the main bridge in the district with burning tires.