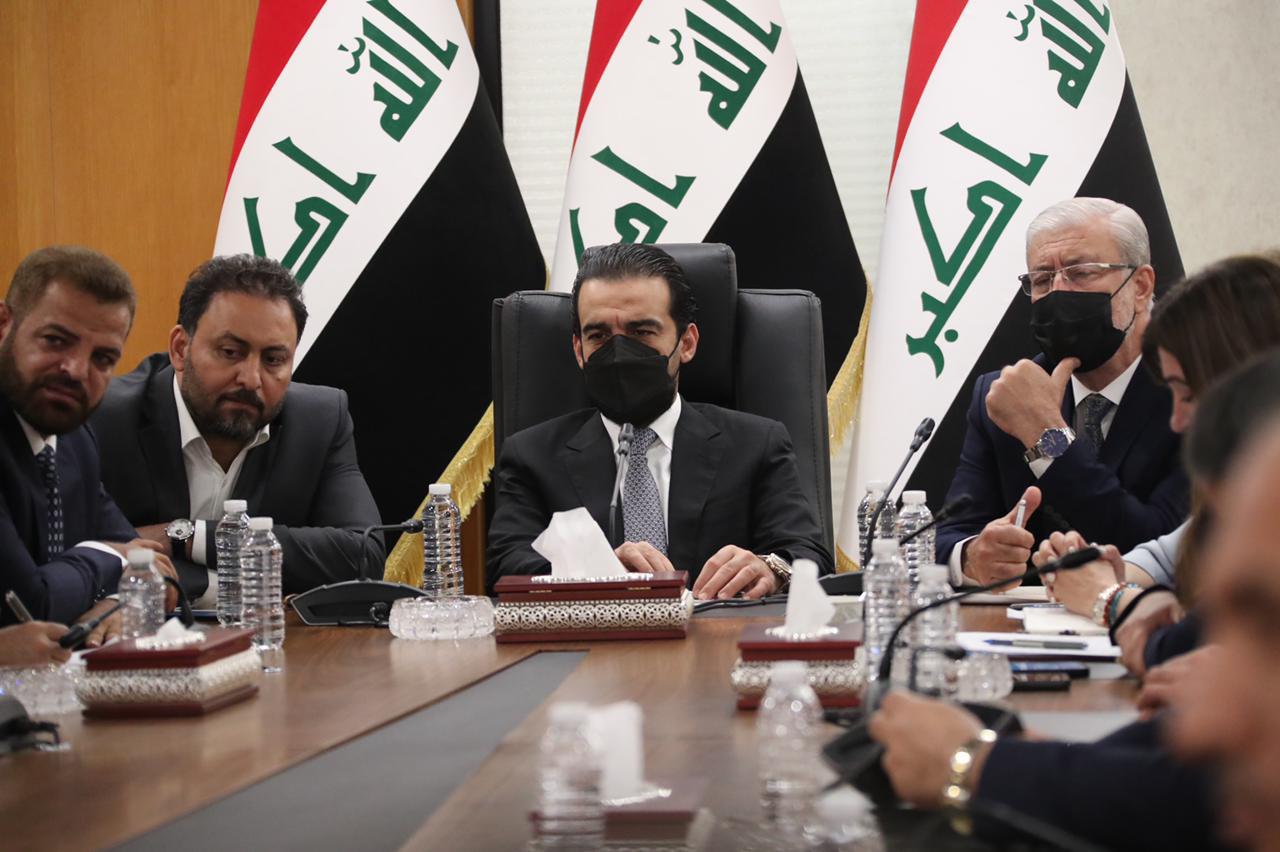 Shafaq News/ The Presidium of the Iraqi Parliament ane the heads of parliamentary blocs asserted in their meeting today, Tuesday, the need to hold the Federal Government accountable in the aftermath of the Imam Hussein Hospital tragedy in Dhi Qar.

The Rapporteur of the Parliamentary Committee for Human Rights, Arshad Salehi, said that the meeting stressed upon building a new hospital and finding a radical solution to issue of fire incidents in medical centers.

"The attendees agreed that the Government and Ministry of Health shall be questioned about the neglect, complacency, and lack of safety precautions in Healthcare centers," he said.

During today's cabinet meeting, al-kadhimi said, "what happened yesterday in the city of Nasiriyah is a deep wound in the conscience of all Iraqis."

"The liability is doubled by the recurrence of such calamity in the past months, which coincides with major crises, some of which are contextual, such as the economic crisis, and some others are intended, such as bombing energy transmission towers and disrupting the national grid, and some attempt to destabilize internal security, spread chaos and doubts, and prevent the progress of the Iraqi national decision."

"Today, we stand before our people and the families of the martyrs, in particular, to say that the responsibility that prompts us, each time, to take great steps to address the imbalance and hold the culprits accountable. This is what we will do in the case of Imam Hussein Hospital in Nasiriyah in order to make justice to the blood of the martyrs."

"Yesterday's incident highlights a structural defect in the administrative structure of the Iraqi state, as diagnosing errors is neither employed nor followed up, and citizens become victims," he stressed, "the need has become urgent to launch a comprehensive administrative reform process, and the most important step toward reform is separating the administration from political influence."

The Prime Minister said that his Government has started an investigation into the circumstances of the tragic incident to serve those involved justice.

"late last night, we formed a committee to investigate the tragedy of Imam Hussein Hospital. The results will be announced in a week. The neglect and manipulators of Iraqi lives will be severely punished, in accordance with the law," he asserted, "We will not tolerate the corrupts or those who manipulate the lives of the citizens, whatever their identity or affiliation was."

The Member of the Parliamentary Committee for Human Rights, MP Yusra Rajab, told Shafaq News Agency, "the Federal Government must serve justice to the neglects and culprits of Imam Hussein Hospital tragedy."

"What happened, and still happens, one misstep after another in Nasiriyah and other cities is clear evidence for the failure of the current and previous governments."

"It is a product of a chronic neglect and a flagrant violation of human rights," she stressed, "we will have a word of truth in the hall of the Parliament."

The Parliament Speaker, Muhammad Al-Halboosi, converted the session scheduled for today to a deliberative session to discuss the aftermath of the Imam Hussein Hospital tragedy.

In April, a similar incident took place in the Ebn Khatib hospital, a specialized center for COVID-19 in Baghdad, in dozens passed away.