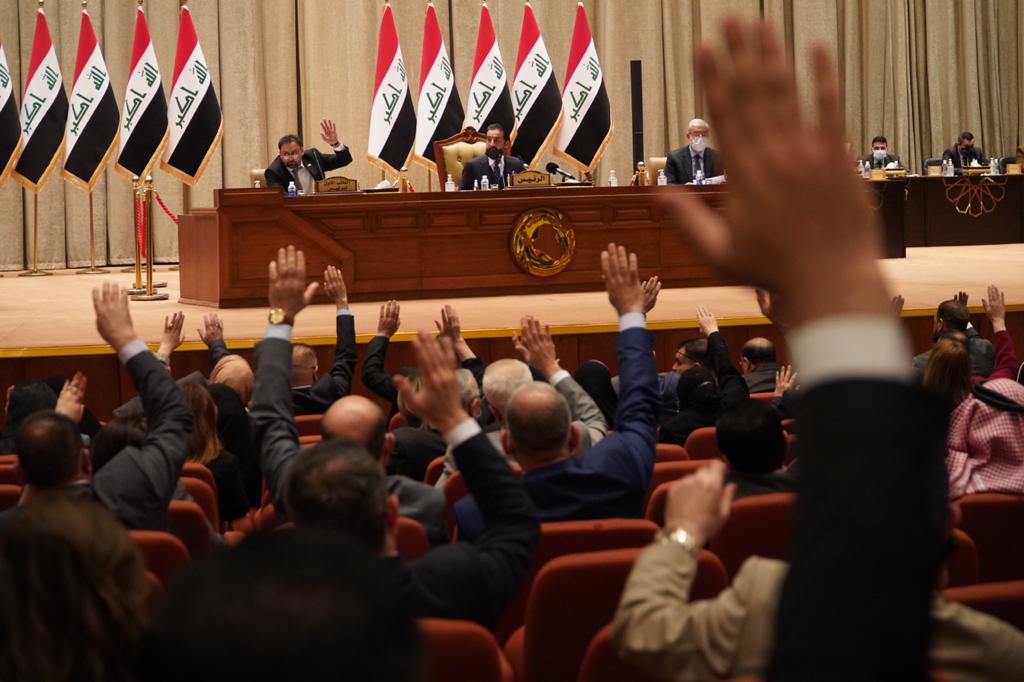 Shafaq News/ The Iraqi lawmaking body adjourned its session after it failed to secure the quorum for the second time this week with less than eighty MPs in the parliament hall.

A source told Shafaq News Agency that the attendees' count did not meet the quorum, which prompted them Second Deputy Speaker of the Parliament, Bachir al-Haddad, to render the session "Deliberative".

The source added, "the attending MPs were 65."

The Parliament Speaker, Muhammad al-Halboosi, and his first Deputy, Hasan al-Kaabi, did not attend the session, according to the source.