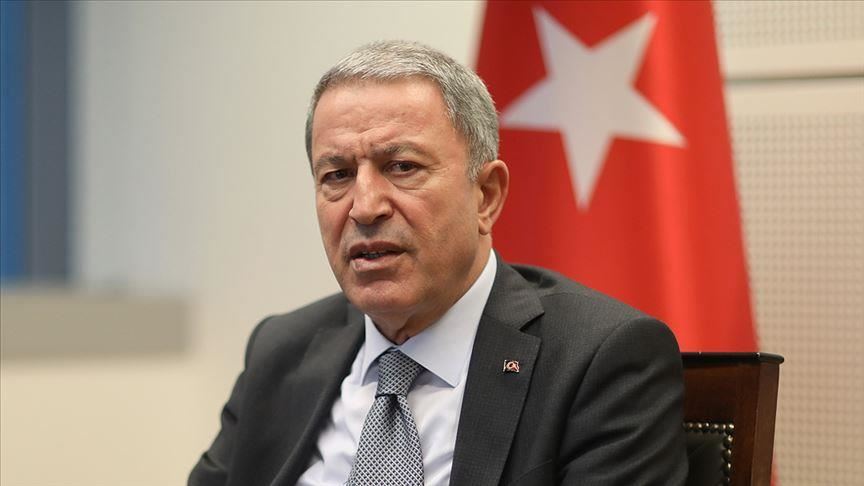 Anadolu Agency quoted Akar as saying, "it’s our duty to adopt a unified position against all kinds of terrorism .. it’s a humanitarian duty."

According to the Minister’s statement, PKK "realized that it had nowhere left to go to, as the terrorists' strongholds are destroyed over their heads".

“Intelligence indicates that panic is spreading in so-called PKK leadership.. its movements are restricted due to Claw-Eagle 2 operation.” Hulusi said.

It’s noteworthy that Turkish Defence Minister Hulusi Akar” on Thursday highlighted at a NATO meeting of defense ministers the importance of unity and solidarity among allies in the fight against terrorism.

At the virtual meeting, Akar cautioned that license restrictions, sanctioning attempts, and threats against Turkey would weaken the alliance.

The Turkish Minister also underlined that Ankara would resolutely continue fighting the many terror groups that it faces, including  ISIS, the PKK/YPG, and Fetullah Terrorist Organization (FETO), the group behind a 2016 defeated coup in Turkey.

He noted they had briefed the other participants of the meeting on Turkey's Operation Claw-Eagle 2 against the PKK in the Gara region, which he said revealed the extent of the PKK threat in northern Iraq.

“Everyone should know that our fight against terror will continue with great will and determination until we avenge all our victims and the last terrorist has been neutralized,” Akar added.