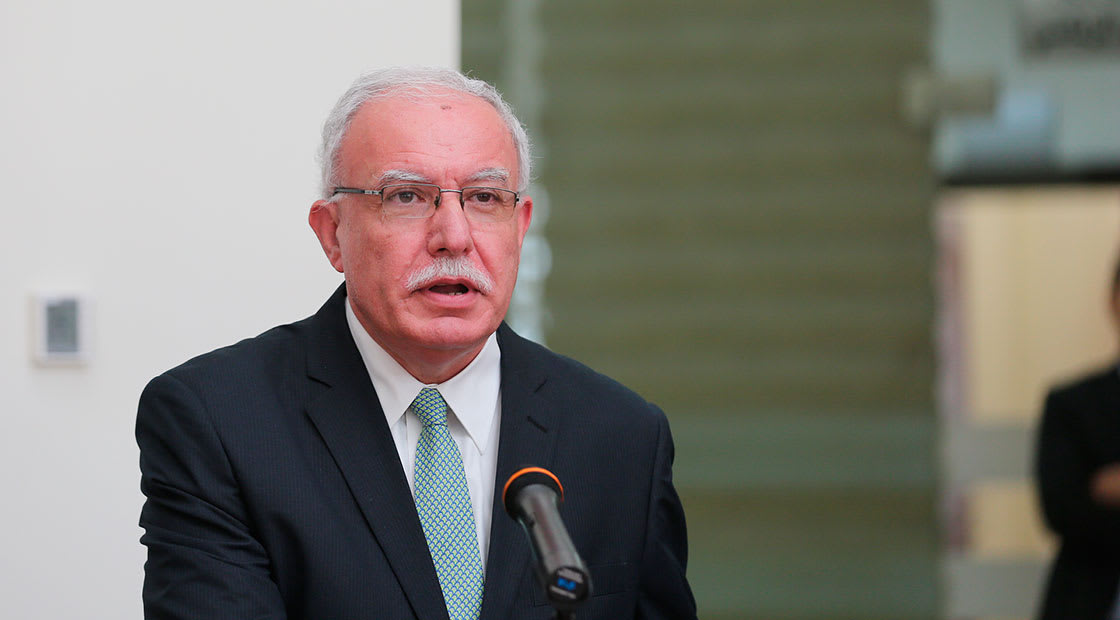 Shafaq News / The Foreign Affairs Minister of the Palestinian Authority Riyad al-Maliki arrived in Baghdad on Sunday on an official visit.

In a statement published by Iraqi government media, the Palestinian ambassador to Iraq, Ahmad Akl, said, “Al-Maliki is visiting Iraq as the envoy of the Palestinian President and will be meeting the President, Prime Minister, and Speaker of the House of Representatives, as well as several Iraqi political leaders.”

He added, “This visit serves to promote Iraqi-Palestinian political ties, and a Joint Coordination Convention will be signed to determine the next stages of facing Israeli aggression.”

An Iraqi soldier sniped in Baghdad