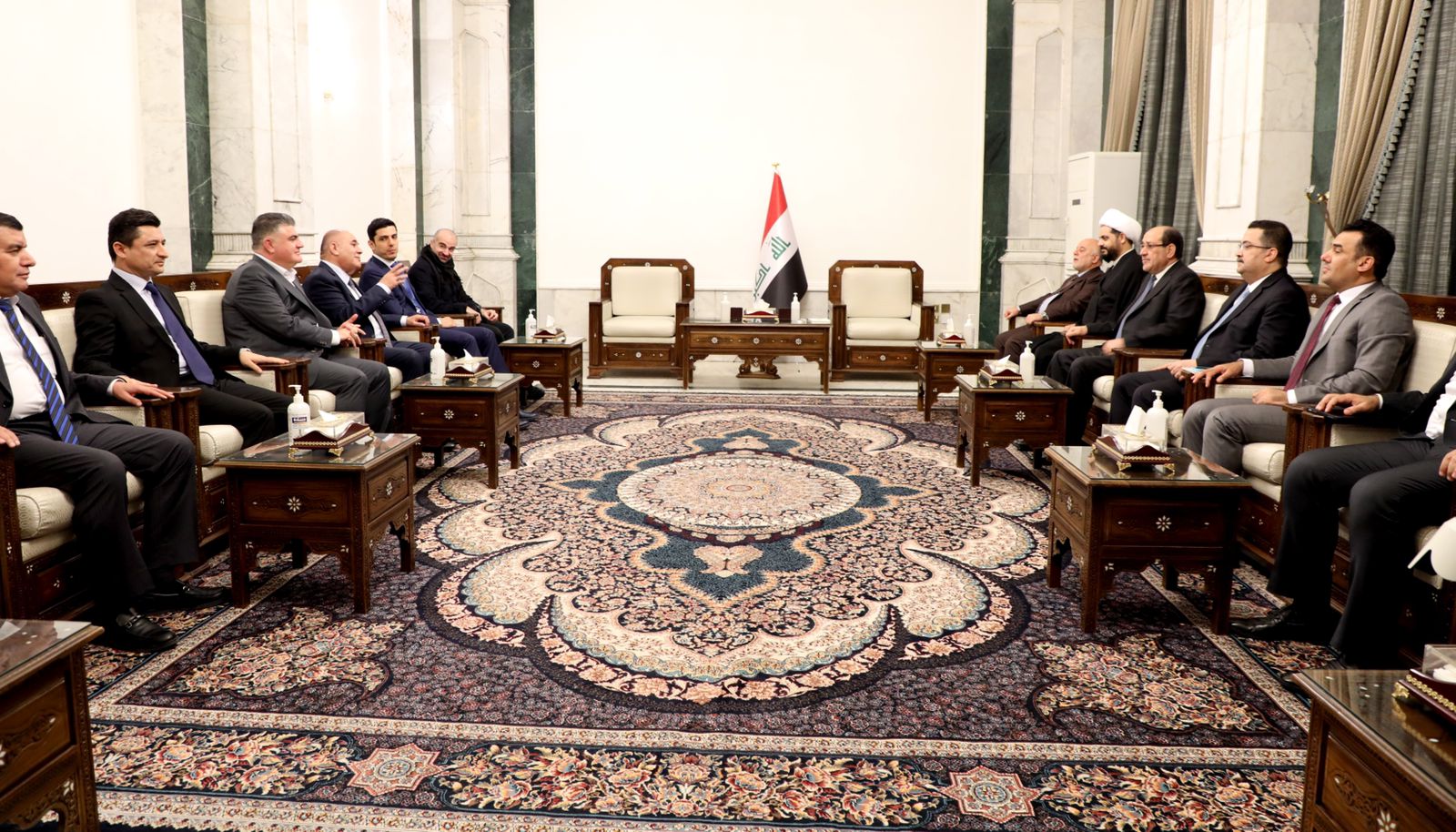 Shafaq News/ The leader of the Patriotic Union of Kurdistan, Bafel Talabani, on Monday convened with leaders from the Shiite Coordination Framework at the bureau of the Nouri al-Maliki, the State of Law Coalition leader, in the Iraqi capital, Baghdad.

The meeting, according to a readout issued by Talabani's bureau, discussed the political and security situation, the challenges facing the country, and the latest updates on talks between the political forces on the government formation.

The readout said that the attendees "reiterated their commitment to cooperating with all the partners to reach an agreement that ends the crisis, expedites the formation of a government capable of meeting the demands of the Iraqis, and maintains the country's security and stability."

On Saturday, sources revealed that the Sadrist movement, Coordination Framework, and al-Siyada Coalition have agreed to endorse Rebar Ahmed's bids for the presidency of the republic, while leaving the selection of a Prime Minister to further meetings.

The head of al-Siyada bloc Khamis al-Khanjar, and Iraq's Parliament Speaker Mohammad al-Halboosi, joined a delegation from the Coordination Framework led by Hadi al-Ameri, on a visit to al-Hannana, the headquarters of the Sadrist movement's leader Muqtada al-Sadr, in Najaf.