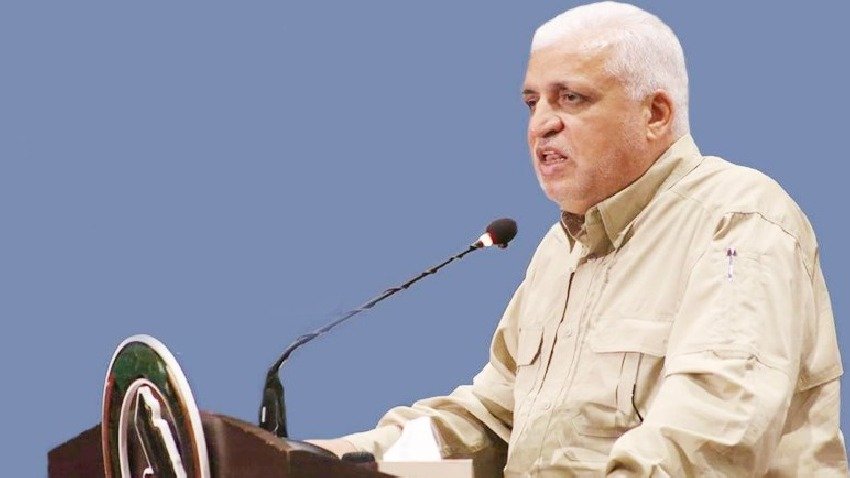 Shafaq News / The head of Al-, Faleh al-Fayyad, accused, on Monday, accused on Monday "outlaws" of targeting diplomatic missions in Iraq, and strongly condemned the attack on the headquarters of the Kurdistan Democratic Party in the capital, Baghdad.

""Al-Hashd Al-Shaabi is an official body within the state's institutions", Fayyad said in statements to the Iraqi state TV.

Al-Fayad said, "the attack on the Democratic Party headquarters was a criminal act", adding, "We were ashamed to see the flag of Al-Hashd raised over the party building".

The security forces had arrested 15 to 18 people accused of arson, as by Al-Fayad.

Tens of Al-Hashd Al-Shaabi supporters stormed the headquarters of Kurdistan Democratic Party in Baghdad and set fire to it. This came after the statements of Hoshyar Zebari, a member of the latter party's political office, which they considered "Offensive".

The protestors stormed the party headquarters and smashed its contents after they managed to cross the barbed wire that was placed by law enforcement forces at a minor entrance to the Fifth Branch headquarters.

PMF commander on the Amerli attack: we will avenge the victims

PMF:ISIS terrorists' infiltration attempts from Syria to Iraq dropped by 90%

PMF determines 40 targets ahead of a major operation in Kirkuk..four ISIS terrorists killed in Diyala