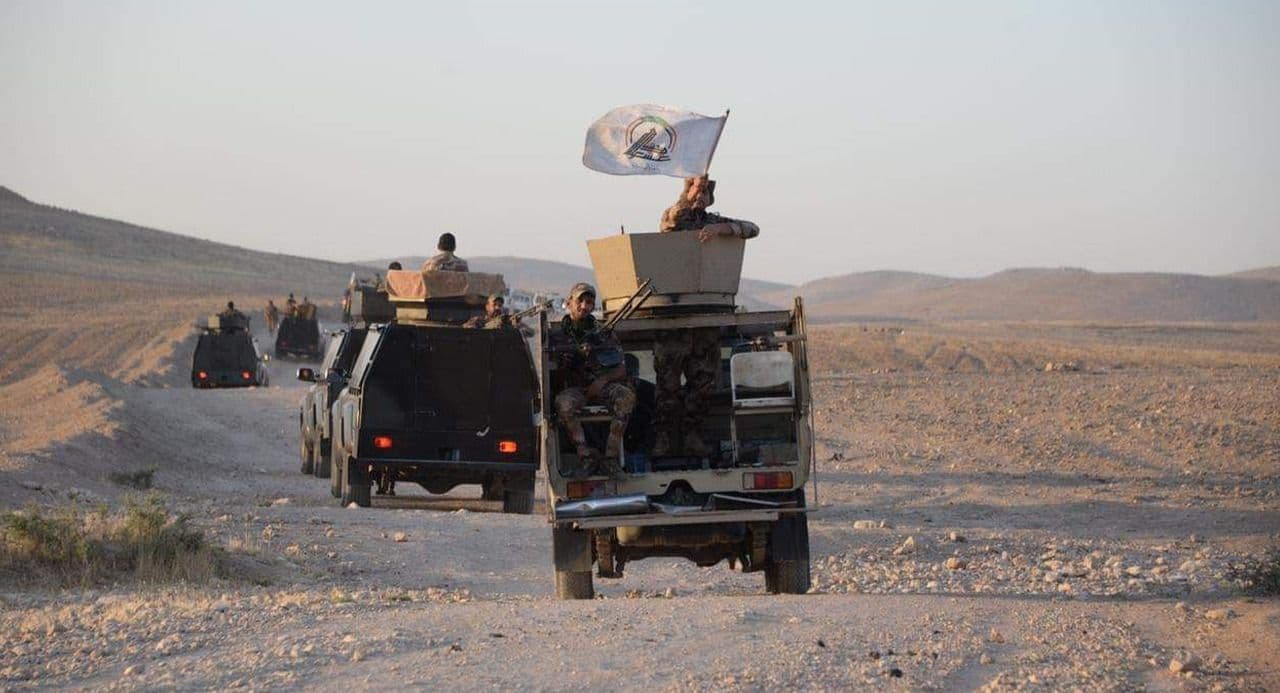 Shafaq News/ An official security source in the Popular Mobilization Forces (PMF) said today, Saturday, that the PMF members controlled a camp of ISIS west of Al-Anbar after violent clashes between the two sides.

The source told Shafaq News Agency, "The PMF launched this morning an operation to purify the desert areas of ISIS elements then it clashed with terrorist Organization and controlled its military camp."

The source added that "the PMF forces won the confrontation and control the ISIS camp in the western Al-Anbar desert, they also confiscated vehicles and destroyed others.”

For its part, The PMF leader in Al-Anbar, Awad Al-Jaghifi, revealed on Saturday, an increase in the number of ISIS members in Haditha district, west of the Governorate.

Al-Jaghifi said in an interview with Shafaq News Agency, that "the weak intelligence effort and the failure to implement security missions, in addition to the failure to control the Iraqi-Syrian borders are the main reason of ISIS spread in the area."

He added, "The number of ISIS elements has begun to increase in the areas of western Al-Anbar, especially the areas of Al-Shamiya and Al-Jazira, which are affiliated to Haditha District."

Al-Jaghifi explained, "Yes, there is coordination between the security services, but the duties are not carried out as they should be,…the security forces in the areas of Al-Shamiya and Al-Jazira are not enough."

Al-Jaghifi continued, "The failure to hold the Iraqi-Syrian borders properly since the liberation operations until now, facilitates the Organization's elements to infiltrate and move to and from Iraqi territory."

And he added, "Our demands are still the same as they were in the past, which we often demanded from the federal government and the General Command of the Armed Forces, namely armaments and mechanisms only since the number of fighters is sufficient and all of them receive their salaries."

He noted that it is not possible to "control the desert areas of Al-Anbar, without providing sufficient mechanisms and weapons, in addition to carrying out intensive duties no less than twice a week."

Al-Jaghifi concluded his speech by saying, "We need to deploy thermal surveillance cameras in the desert, whatever the cost."