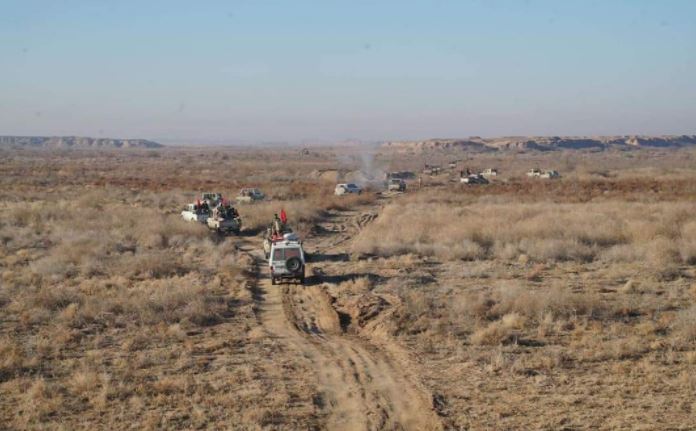 In a statement to Shafaq News Agency, al-Jubouri said, "the operations resulted in clearing 16 kilometers from al-Nohman crossing, west of al-Udhaim, through to al-Udhaim dam and the mouth of al-Udhaim river near al-Bu Slaybi village."

"A boat used by the members of the terrorist organization was destroyed at al-Nohman crossing," he added.

A source told Shafaq News Agency that forces from the Tribal Mobilization and the Quick Reaction Force (QRF) were also involved in the operation.

"Aerial coverage was provided by the Iraqi army aircraft," the source said.

The PMF operations commander in Diyala, Taleb al-Mousawi, said that the operation came in response to the Friday attack against the Iraqi army company stationed in al-Udhaim sub-district.

"The forces participating in the operation are the [PMF] 3rd, 4th, and 20th brigade, Nidaa Diyala (Diyala's Call) brigade, the Special force of Diyala's Operations Command supported by the intelligence, artillery, and explosive squads," he said.

"The operation aims to tighten the grip upon the eastern and western compartments of al-Udhaim river basin, controlling al-Nohman line downstream al-Udhaim river in the southern Tigris," he added, "the operation will continue in spite of the cold weather, complex topography, tough movement inside the jungles and lagoons."

ISIS destroys a thermal camera of the Iraqi army