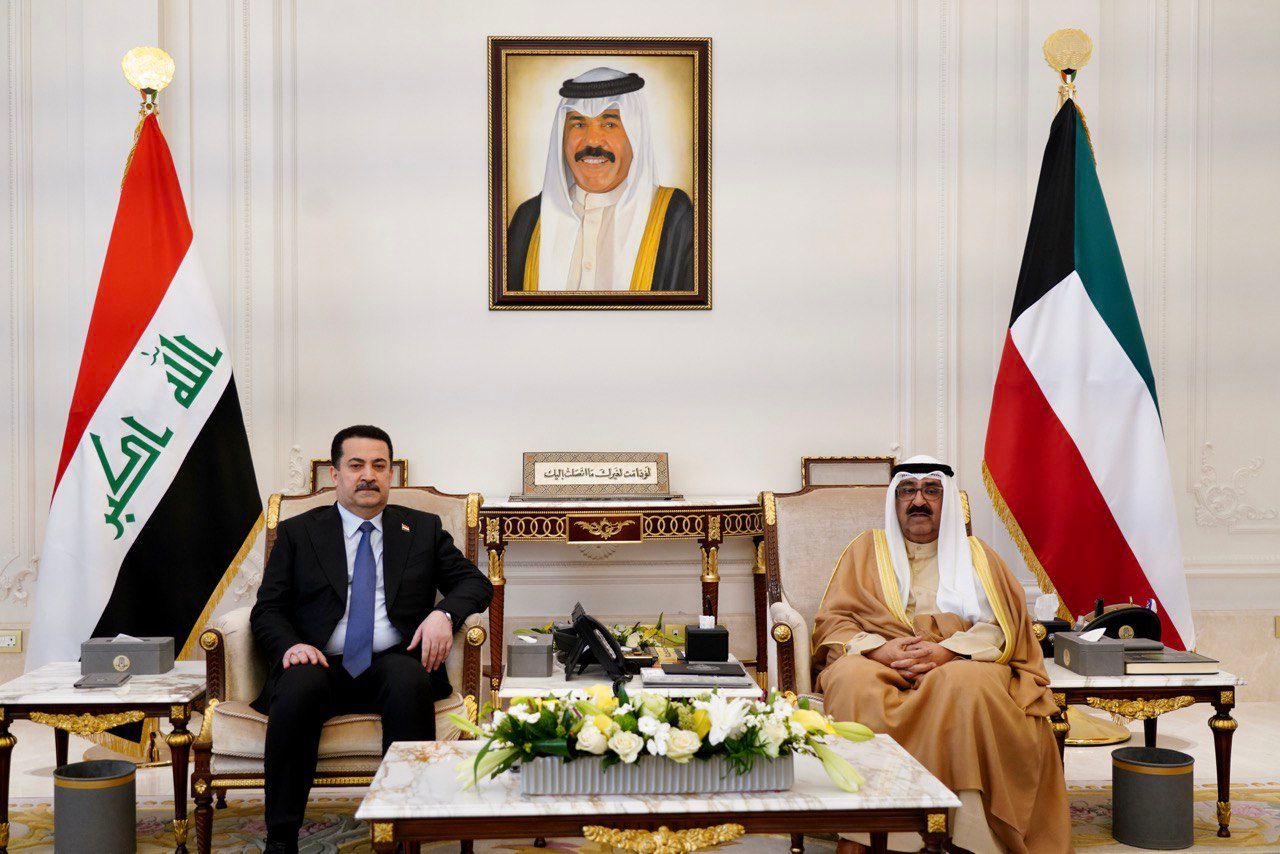 It added, "during the meeting, they discussed bilateral relations between the two countries and ways to consolidate them, according to the historical ties that unite them, and stressed the sustainability of cooperation, at various levels," noting "the continuation of joint discussion and coordination on various issues, in a way that enhances the stability of the two countries and the prosperity of their peoples."

According to the statement, Al-Sudani stressed "Iraq's keenness to build balanced relations with its neighbors, based on mutual respect and preserving the sovereignty of both countries," pointing to "seeking to resolve many files following what supports common interests, and achieves stability in the region."

For his part, Kuwaiti Crown Prince Sheikh Mishaal Al-Ahmad Al-Sabah welcomed "the official visit of Al-Sudani", stressing "the strength of the distinguished relations between both countries and the gathering of their peoples".

He stressed "Kuwait's keenness to support Iraq's stability and prosperity," praising "Iraq's pivotal role in the region, and its endeavor to enhance sustainable security in it."