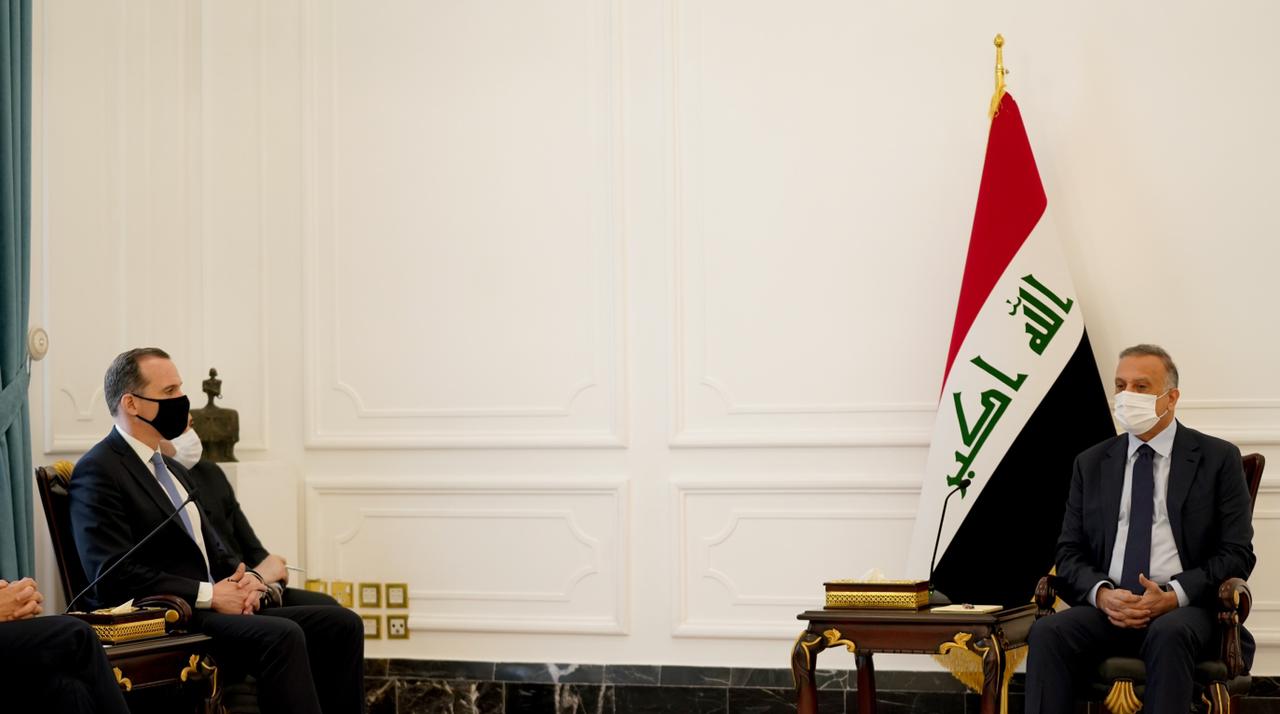 Shafaq News/ The Prime Minister of Iraq, Mustafa al-Kadhimi, received today, Tuesday, a US government delegation headed by the White House Coordinator for the Middle East and North Africa, Bret McGurk, in the Iraqi capital, Baghdad.

The delegation included the counselor of the United States Department of State Derek Chollet, Acting Assist Secretary Bureau of Near Eastern Affairs Joey Hood, and the Deputy Assistant Secretary of Defense (DASD) for the Middle East, Dana Stroul.

A readout issued by the Iraqi cabinet said that al-Kadhimi discussed with his guests the cooperation and coordination between Baghdad and Washington, stressing upon the outcomes of the Strategic Dialogue between both capitals, especially on the withdrawal of the US forces from Iraq, expand the cooperation in the economic, cultural, and commercial fields.

The meeting touched upon the Healthcare situation, COVID-19 situation, and providing support to Iraqi Healthcare facilities, according to the readout.