PM al-Kadhimi on al-Faw port: a strategic project that some wanted its failure 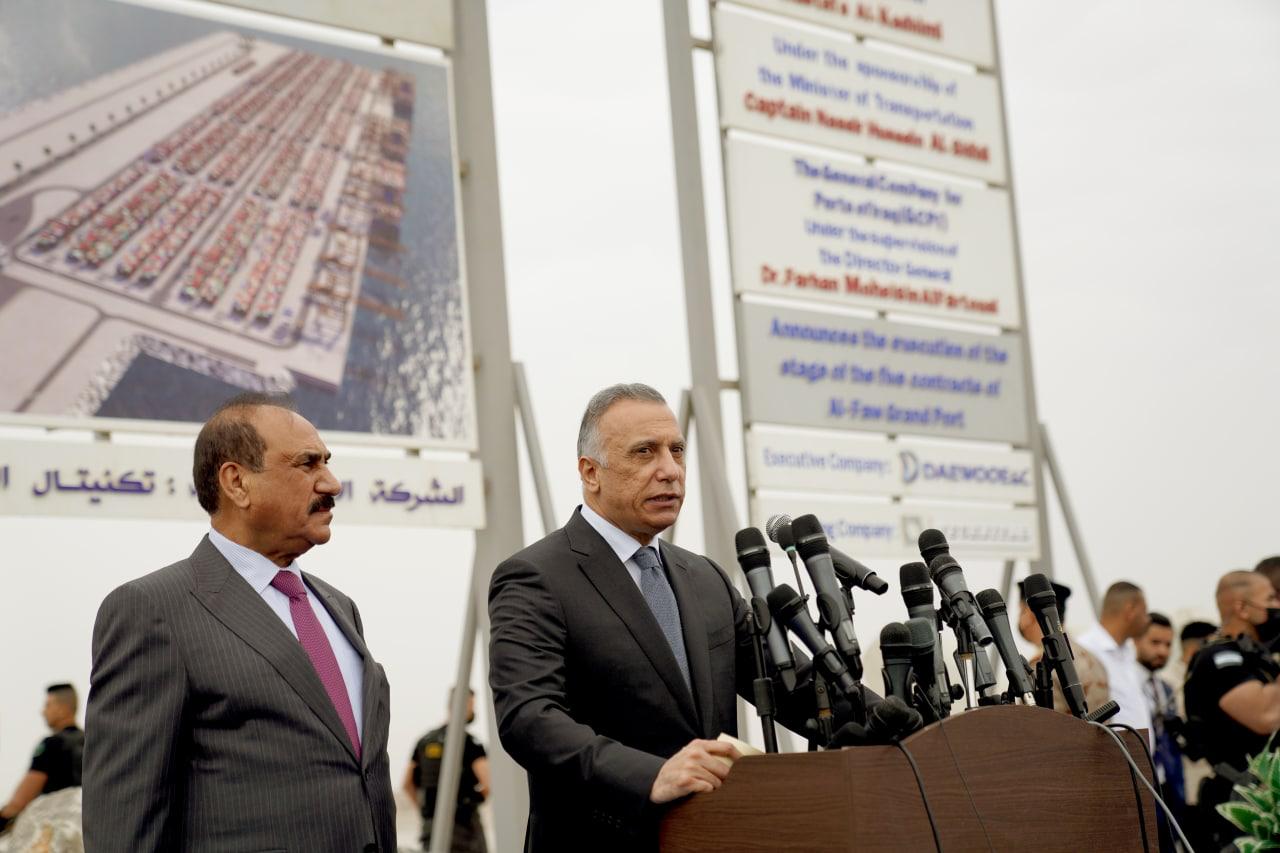 Al-Kadhimi said in the Foundation stone laying ceremony, "today, we commence a strategic project that the country has been waiting for so long," indicating, "the port will offer Iraq huge opportunities and bolster its geopolitical standings in the region and the world. It will also secure job opportunities to the residents of Basra and other governorates and contribute to its development."

"Many placed bids on the failure of the project and spread rumors to frustrate the people. However, working on the project begins today after concluding the planning and negotiations stage. We funded the project from this year's budget."

"The Grand al-Faw Port is not for Basra only. It is a strategic project that contributes to building all the governorates of Iraq and renders it an economic bridge that links all the countries of the region."

"A new phase of the Iraqi history is ahead of us. We will overcome crises and move towards construction, building, and prosperity. We shall have hope and join hands to build Iraq from al-Faw to Zakho."

Iraq: No Justice for Enforced Disappearances