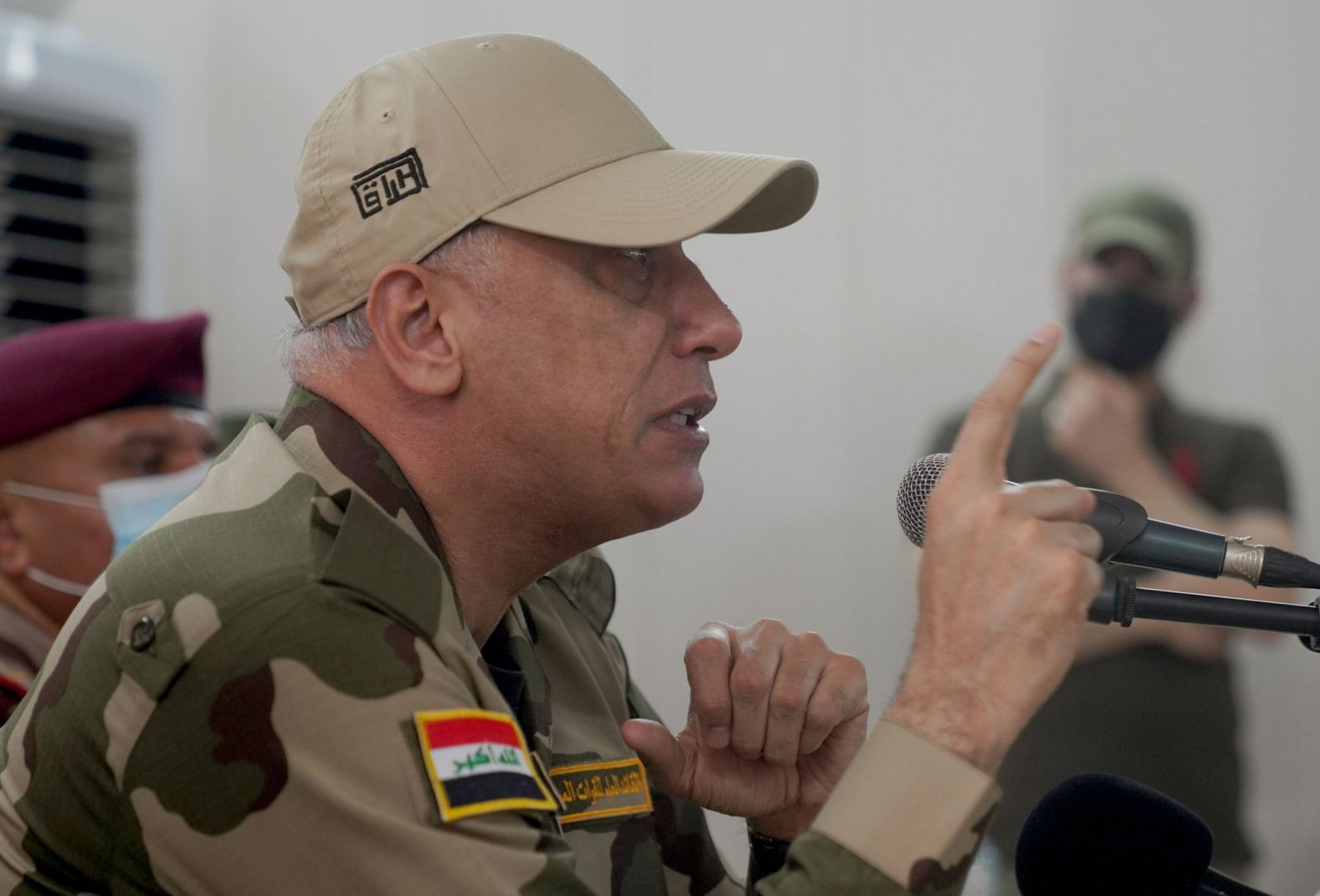 Shafaq News / Prime Minister Mustafa Al-Kadhimi said today that the country is on the verge of choosing chaos or change and development.

Al-Kadhimi said during his meeting with dignitaries of Tarmiyah district, according to a statement issued by his media office, "The Tarmiyah district has rightful demands for services and projects, but terrorism wants to target livelihood in it."

Regarding the attacks on power transmission towers, Al-Kadhimi considered these attacks as "an insult to all Iraqis."

The Prime Minister concluded by saying that the government is keen to revitalize agriculture, and will provide loans for agricultural development to create job opportunities.