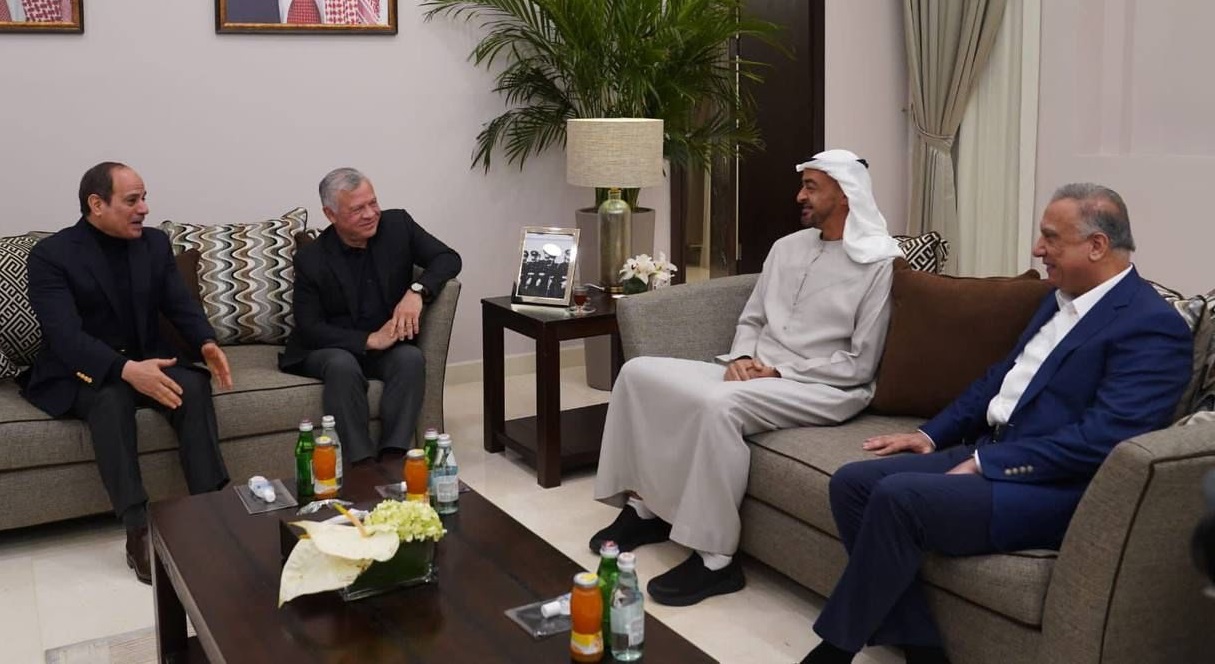 A statement by the Iraqi government said that the two sides discussed the current economic crisis and ways to repel its repercussions, in addition to achieving food security through coordination between the countries in the region.

The statement said that the meeting discussed cooperation and economic relations between Arab counties.

The Prime Minister arrived in Amman today, Friday. A source told Shafaq News agency on Thursday that he will attend a Quadrilateral summit that will bring together King Abdullah II and President el-Sisi.

Al-Kadhimi: the government worked for two of three years without a budget