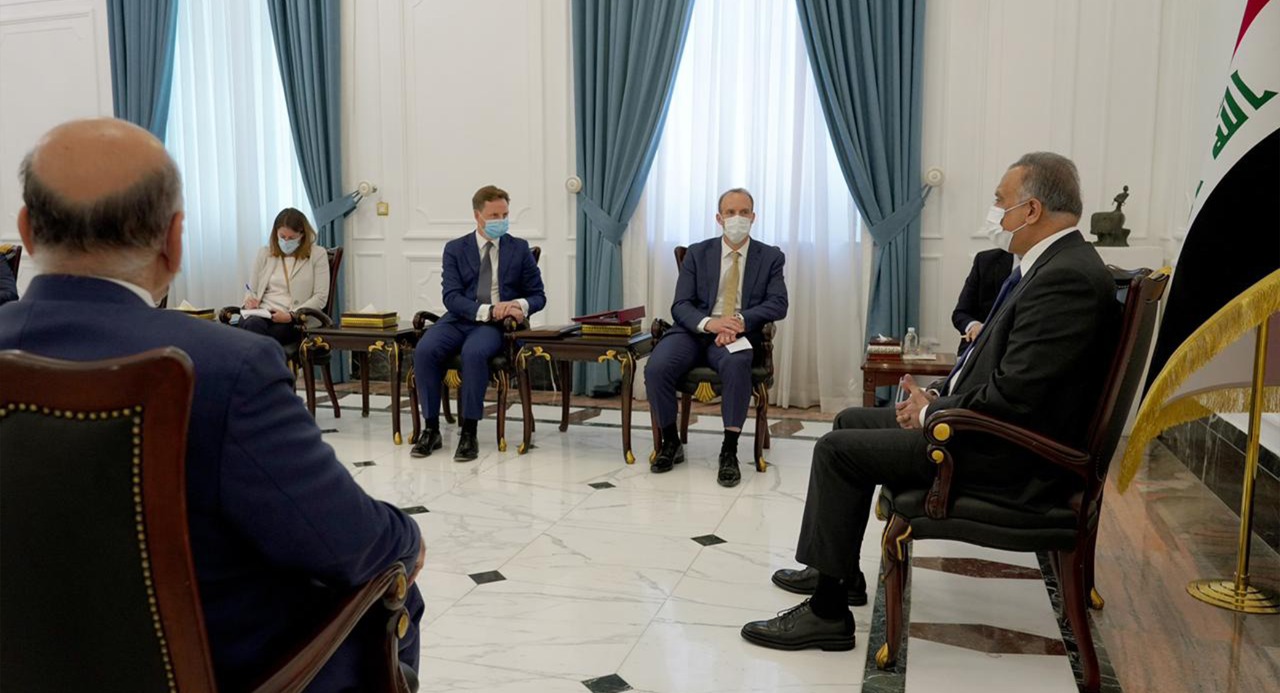 Shafaq News/ Iraqi Prime Minister Mustafa Al-Kadhimi stressed the importance of coordinating work with international parties supporting the implementation of the early elections scheduled for next October, while the UK renewed its support for Al-Kadhimi's government in imposing the rule of law.

A statement by Al-Kadhimi's office said that the latter received British Foreign Minister Dominic Raab and his accompanying delegation, where they discussed bilateral relations between the two countries, and ways to enhance them, especially in the post-military cooperation phase within the Global Coalition to defeat ISIS.

Al-Kadhimi said during the meeting, "signing a strategic political cooperation agreement between the two countries is the culmination of enhanced relations between Baghdad and London, expressing his appreciation for Britain's position in supporting Iraq in its war against terrorism.”

The Prime Minister reiterated the importance of coordinating work with international bodies supporting the implementation of the upcoming elections, by assigning the work of the Electoral Commission and providing it with international observers.

For his part, Raab conveyed the greetings of British Prime Minister Boris Johnson to the Iraqi government and people, reiterating the United Kingdom's full support for Iraq and the government's efforts to impose the rule of law and stability.