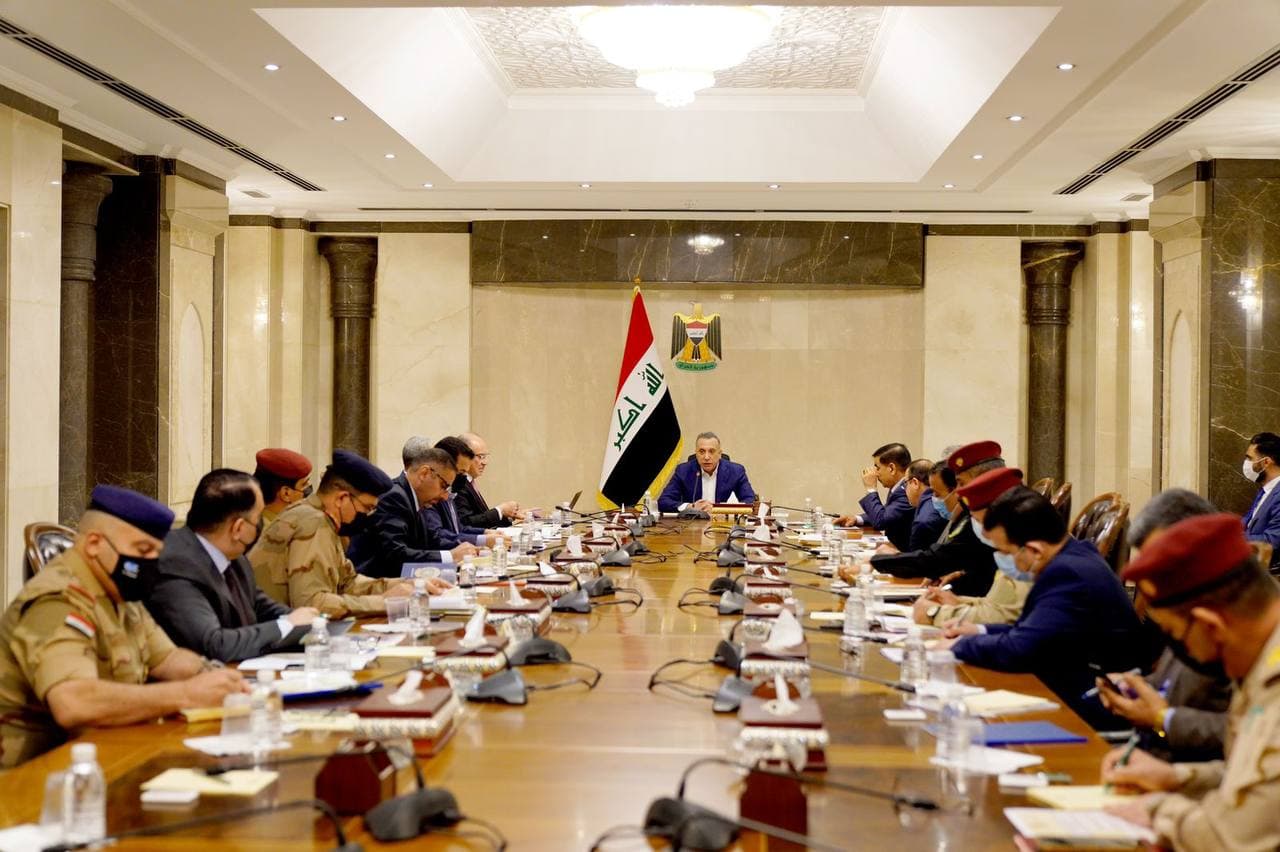 Shafaq News/ The Iraqi Prime Minister, Mustafa Al-Kadhimi, instructed the concerned parties to provide all requirements for the polling day.

This came during the Council of Ministers' meeting that Al-Kadhimi presided, according to a statement issued by the Prime Minister's media office.

According to the statement, the council discussed the security plan for the Arbaeen visit, and the measures taken to protect visitors, as well as the mechanism of entry for foreign visitors to Iraq and the facilities provided to them.

Al-Kadhimi instructed to tighten security measures to prevent any security breaches that might target visitors.

The Prime Minister stressed the importance of activating the intelligence effort, and being proactive, monitoring and detecting enemies' movements.

According to the statement, the Council discussed the elections' security plan and providing all necessary means to implement it.

The Prime Minister emphasized the importance of communication between the security services and the Electoral Commission, to be aware of any violations that occur in the candidates' campaigns.

Al-Kadhimi called for doing whatever it takes to encourage active participation in the elections, stressing the need for the security services to remain impartial, and limiting their role in protecting the electoral process.

Al-Kadhimi issues a set of decisions on inter-governorate coordination