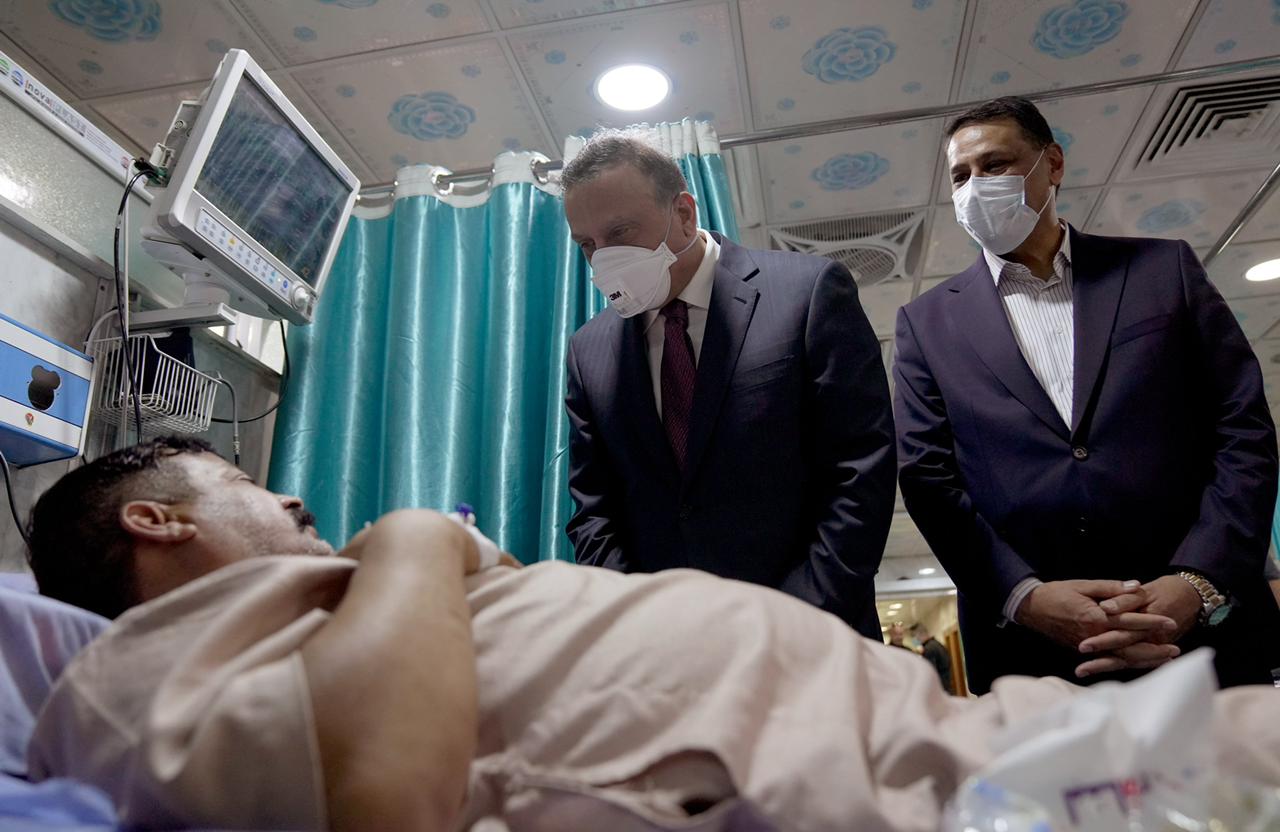 Shafaq News/ The incumbent Iraqi government is seeking solutions to the issues the Healthcare system in the country suffers from, the Iraqi Prime Minister, Mustafa al-Kadhimi, said on Saturday during his visit to Ebn Nafis Hospital in the Iraqi capital, Baghdad.

A press release of al-Kadhimi's office said that he visited the Ebn Nafis Hospital, toured its wards, and met with the staff and patients.

Al-Kadhimi held a meeting with the hospital's staff and explored their views about the weaknesses of the national Healthcare system.

"The current government is adamant about doing justice to the Healthcare personnel and took many steps towards this conquest," told them, praising the efforts they made, especially during the pandemic.

"We regret having some shortages in our hospitals. It is a responsibility of the government to address these issues. The reasons for its failure are wars, mismanagement, and corruption. The incumbent government is willing to address many of the past years' mistakes."