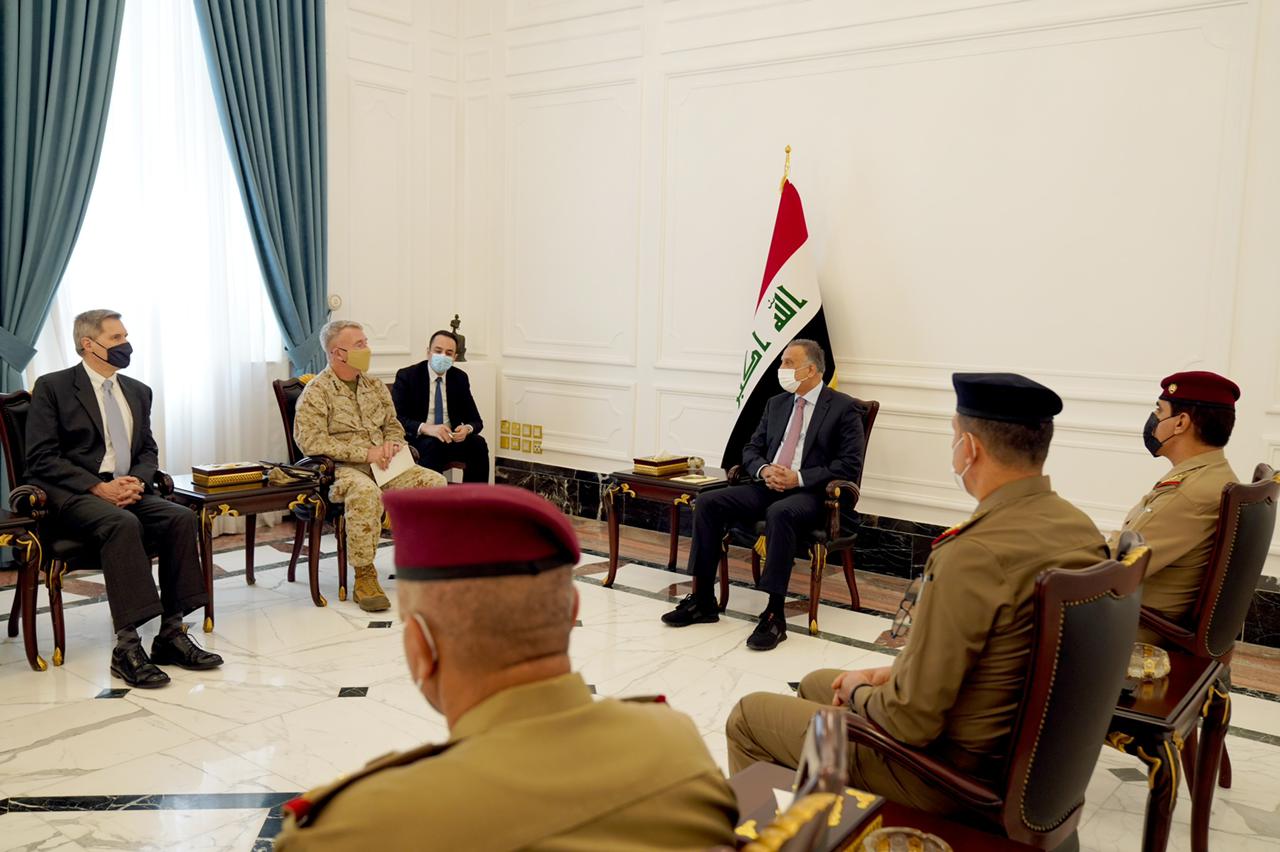 Shafaq News/ The Iraqi Prime Minister, Mustafa al-Kadhimi, held a meeting with the Commander of the US Central Command, General Kenneth Mckenzie, in his office in the Iraqi capital, Baghdad, earlier today, Thursday.

A readout issued by the Prime Minister's office said that PM al-Kadhimi discussed with his guest the bilateral relations between Iraq and the United States of America.

The two sides deliberated the updates on the field situations and the coordination in the battle against the terrorist organization of ISIS in the light of growing combat capabilities of the Iraqi forces, according to al-Kadhimi's office.

The attendees agreed upon holding the first session of the specialized technical committee to lay the ground for implementing the outcomes of the third round of the Strategic Dialogue talks and proceed with the departure of the Coalition's combat forces from Iraq.

The meeting touched upon other aspects of the security relations between Iraq and the US, including the exchange of security information, training, and logistic support for the Iraqi forces.

On April 7, Washington and Baghdad concluded an agreement to terminate the combat mission of the US and Coalition troops in Iraq. The role of foreign forces, according to the agreement, will be limited to advisory missions as the combat forces depart according to a schedule set by the parties involved.