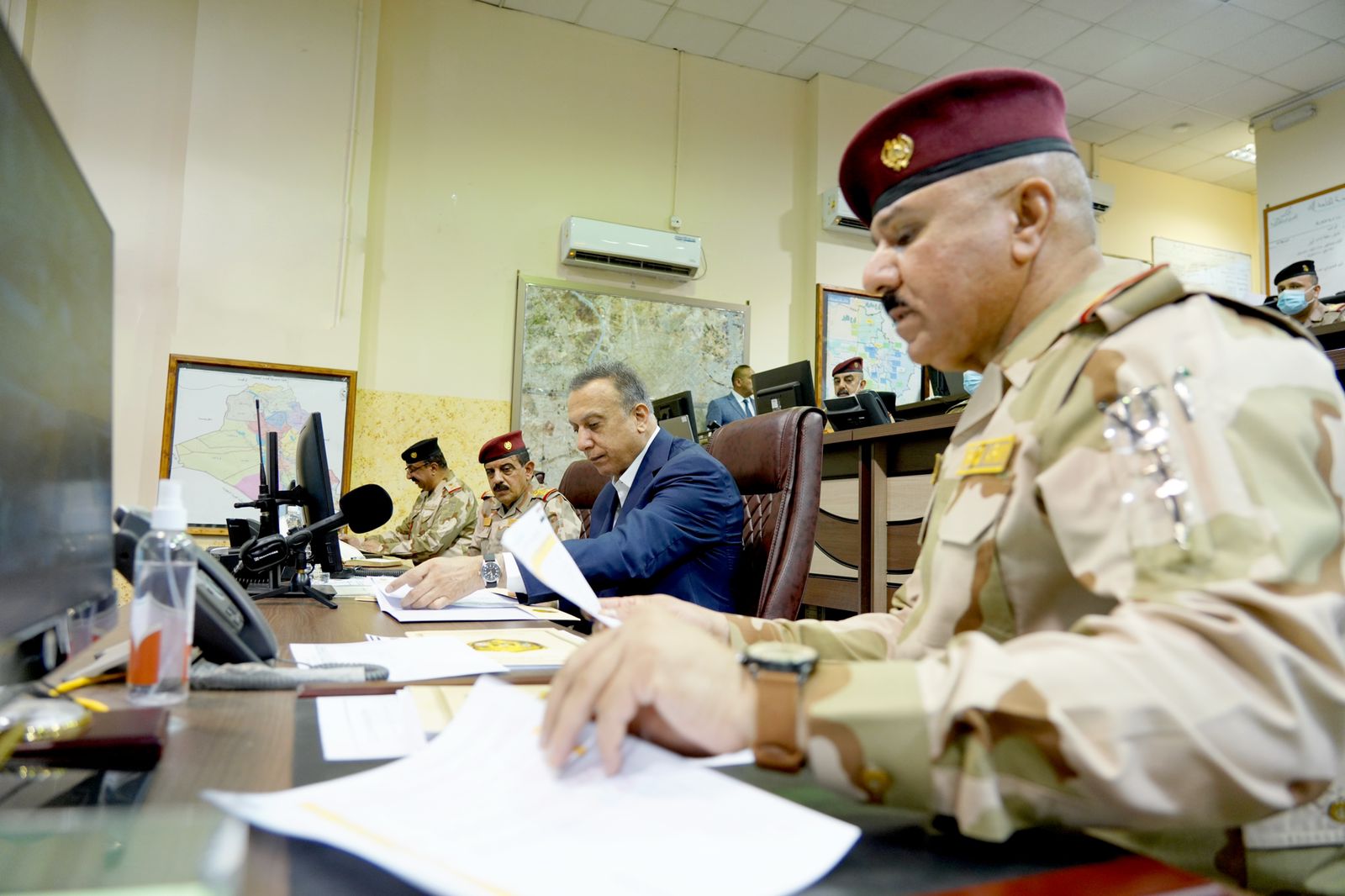 Shafaq News/ The Commander-in-Chief of the Iraqi Armed Forces, Prime Minister Mustafa al-Kadhimi, visited the headquarters of the Joint Operations Command (JOC) to gain first-hand information about the progress of the security measures taken to protect the ballot boxes the Independent High Electoral Commission's (IHEC) offices.

The Prime Minister commended the efforts of the security authorities, who accomplished the mission of protecting the ballot boxes successfully, in addition to their original duties.

Al-Kadhimi shed light upon the security operation carried out yesterday during which the deputy of al-Baghdadi, ISIS leader, was neutralized.