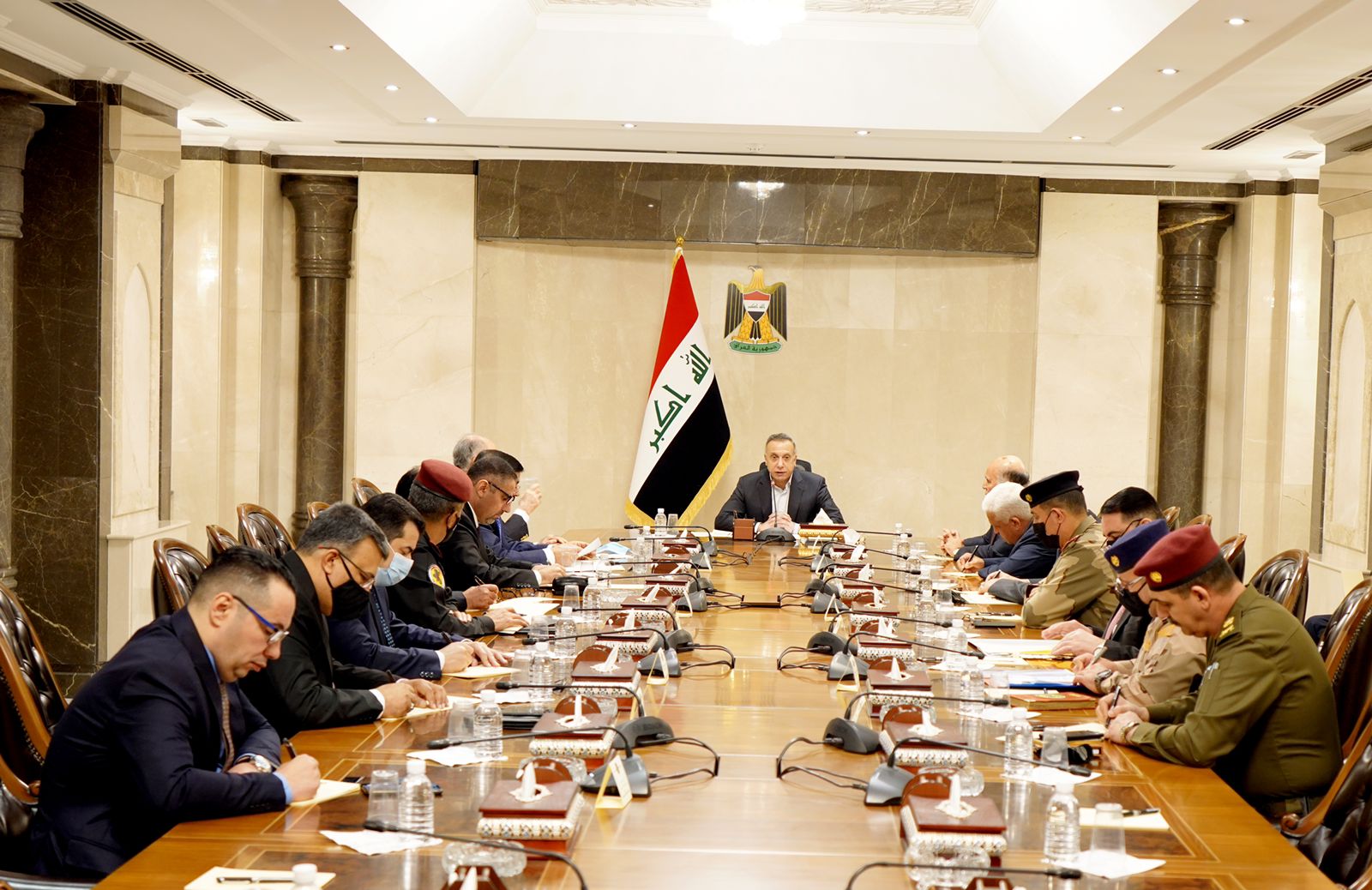 Shafaq News/ The Ministerial Council for National Security held a meeting today, chaired by the Prime Minister and Commander in Chief of the Armed Forces, Mustafa Al-Kadhimi.

A statement issued by al-Kadhimi's Office said that the meeting was devoted to discussing the security situation in Diyala, and the security committee's work.

The statement quoted Al-Kadhimi saying, "ISIS gangs were looking for a foothold in the governorate, but there is absolutely no way they could do that."

He warned all parties not to take advantage of the citizens' tragedy to achieve personal interests.

During the meeting, the Prime Minister issued new instructions to the security and military leaders in Diyala Governorate, to maintain security and stability and eliminate ISIS remnants.

The Chief of Staff of the Army, Lieutenant-General Abdul Amir Rashid Yarallah, and the head of the Joint Operations Command, Lieutenant General Abdul-Amir Al-Shammari, visited the site of the terrorist crime in the Al-Rashad village, northeast of Diyala governorate, yesterday.

The security delegation that visited Diyala yesterday faced angry reactions from the residents that criticized the security gaps and the failure to protect villages, despite the calm and stability that has prevailed for several years.

Yesterday, the bloody attack in al-Muqdadiyah caused the displacement of 170 families from the district villages.