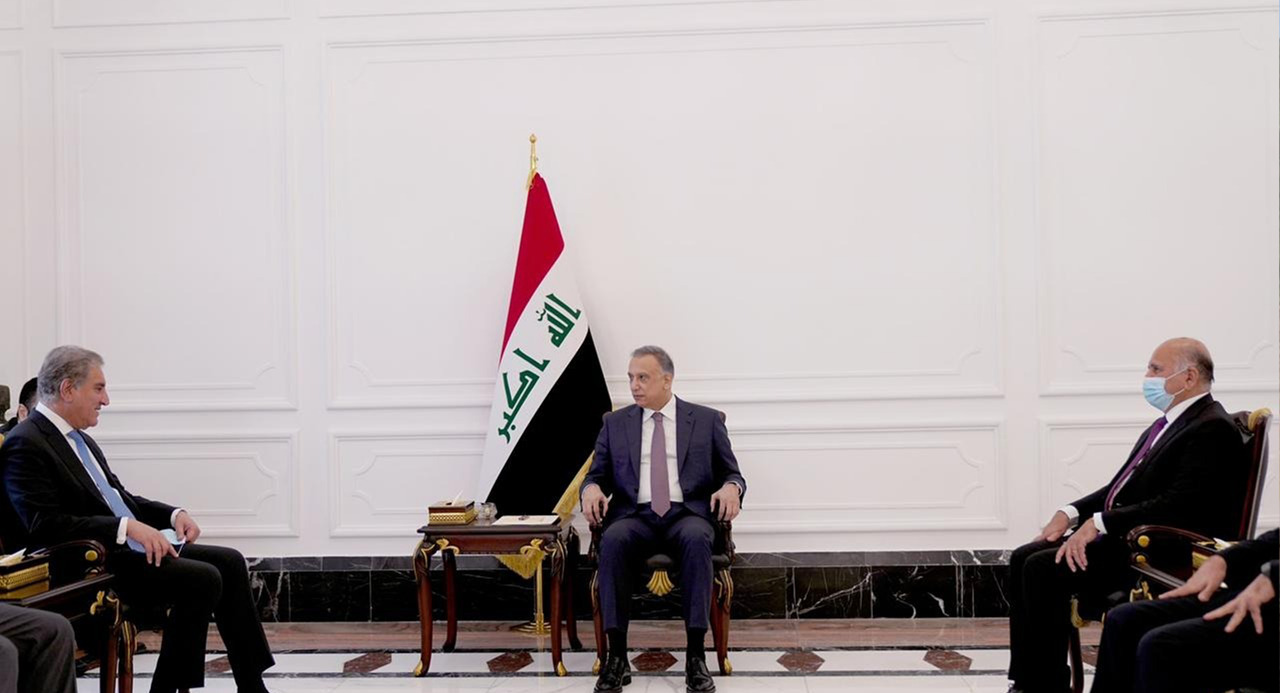 Al-Kadhimi's media office said in a statement issued earlier today, Saturday, that the latter hosted Pakistani Minister of Foreign Affairs, Makhdoom Shah Mahmood Qureshi, and his accompanying delegation. The Prime Minister discussed with his guests the bilateral relations between Iraq and Pakistan and ways to boost cooperation between Baghdad and Islamabad in many areas, including security, economy, and military.

The attendees hashed out ways to promote cultural ties and tackled the file of religious tourism and the Pakistani desire to facilitate Visa procedures for those wishing to visit Iraq.

The meeting touched upon the vitality of developing the work of the joint committees and setting a basis for the mechanisms of permanent cooperation which would serve the interests of the people of both countries.

According to the statement, al-Kadhimi highlighted the importance of the relation with Pakistan, asserting that cooperation between the two countries should bolster efforts of peace and the battle against terrorism.

In turn, the Pakistani Minister of Foreign Affairs reiterated his extended an invitation to visit Pakistan to PM al-Kadhimi, deeming the stability of Iraq as pivotal for the region's stability.