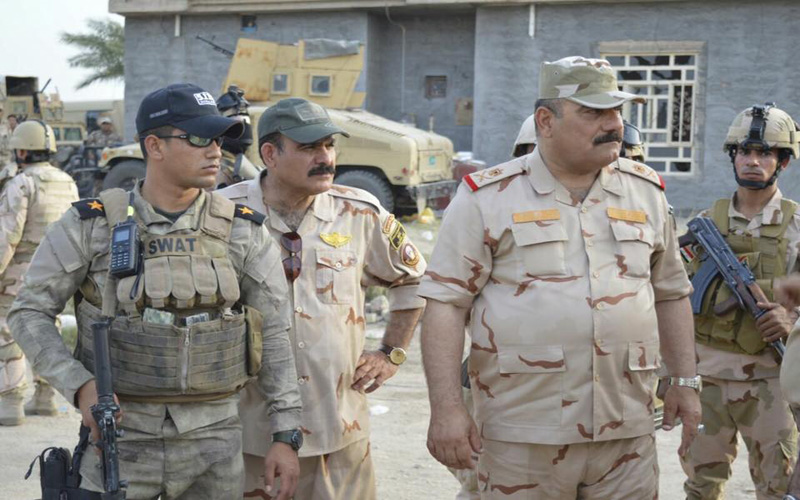 Shafaq News/ The Commander-in-Chief of the Iraqi Armed forces, PM Mustafa al-Kadhimi, recruited lieutenant General Saad Harbiyah from the Ministry of Defense to the Ministry of Interior.

The executive order of the appointment was appended by the signature of the secretary of the Commander-in-Chief of the Armed Forces, Lieutenant General Muhammad Hamid Kadhem.

According to the document obtained by Shafaq News Agency, PM al-Kadhimi assigned let. Gn. Harbiyah as Dhi Qar Police Commander, in addition to his duties as the Chief of Somar Operations Command.

Harbiyah served as the commander of the advanced headquarters of the Joint Operations Command in Kirkuk before replacing him with Major General Ali al-Furayji.

A security source in Dhi Qar told Shafaq News Agency that Governor Ahmed al-Khafaji is discontented with the poor administration of the incumbent Police chief, Muayad al-Tamimi, to the security file.

"Therefore, he submitted a request to PM Mustafa al-Kadhimi to replace him with another commander who can maintain the security of the governorate," the source added.