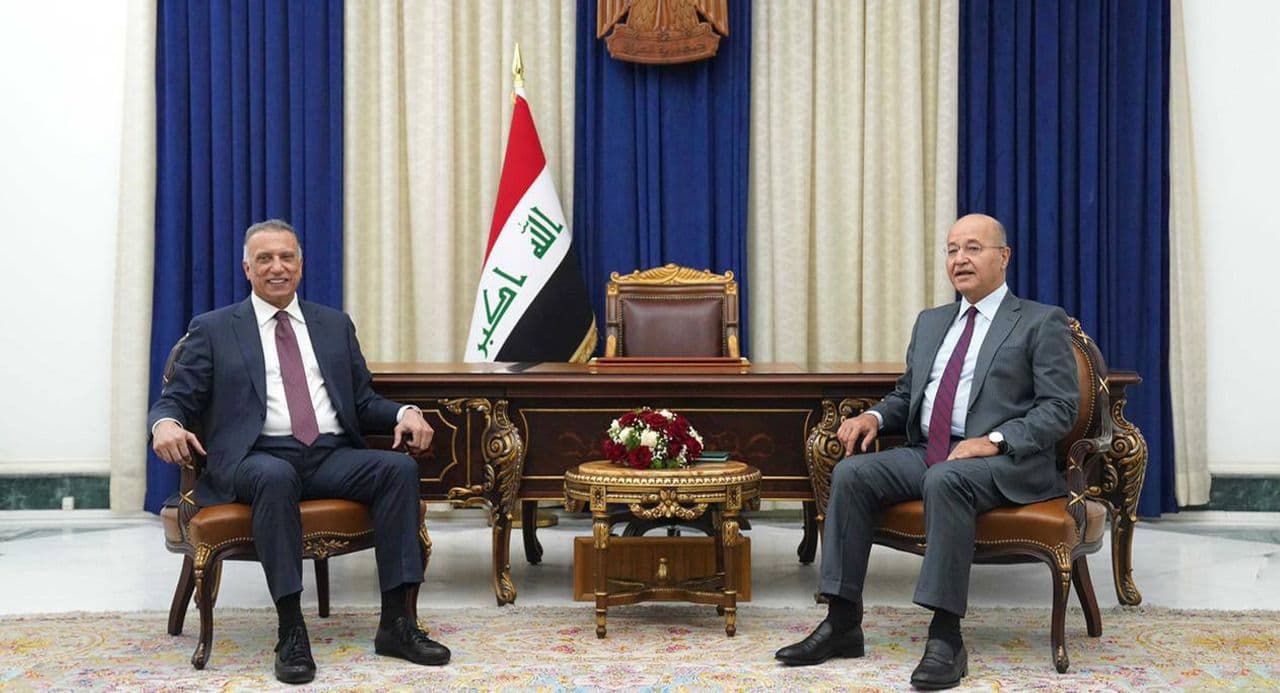 Shafaq News/ On Saturday, July 31, 2021, the President of the Republic of Iraq, Barham Salih, met with Prime Minister, Mustafa al-Kadhimi. The meeting took place at al-Salam Palace in Baghdad.

Recent developments in politics, health conditions, and the economy and security-related matters in Iraq were discussed during the meeting.

Prime Minister al-Kadhimi briefed President Salih on the recent official visit to the United States and the outcomes of the strategic dialogue between the two countries.

President Salih commended the outcomes of the strategic dialogue with the United States, and hailed outstanding efforts made by the Prime Minister and the Government's negotiating delegation.

Our national efforts have to be stepped up in order to bring about stability and to better enforce Iraq's sovereignty and uphold its higher interest, he said.

The two leaders agreed it was important to ensure that our citizens are safe and secure so the state's authority must be strengthened to enforce Iraqi law.

The remaining cells of the extremist group known as the Islamic State (ISIS), which continue to threaten Iraqi citizens' lives and the safety and stability of their towns must not be allowed to undermine peace and stability, they said.

Participants also spoke about how important the next federal election would be for Iraq so it should be held next October. They agreed that the right conditions for the election were vital, in order to ensure the vote was free and fair and that there was no fraud or manipulation.

"In this way, we can ensure that the country's next election will reflect the free will of the Iraqi, and guarantee a large turnout at elections," they agreed

Iraq's President and PM met stress the necessity of dialogue