PM al-Kadhimi: Planning failure led to dilemmas, and arms are not a solution 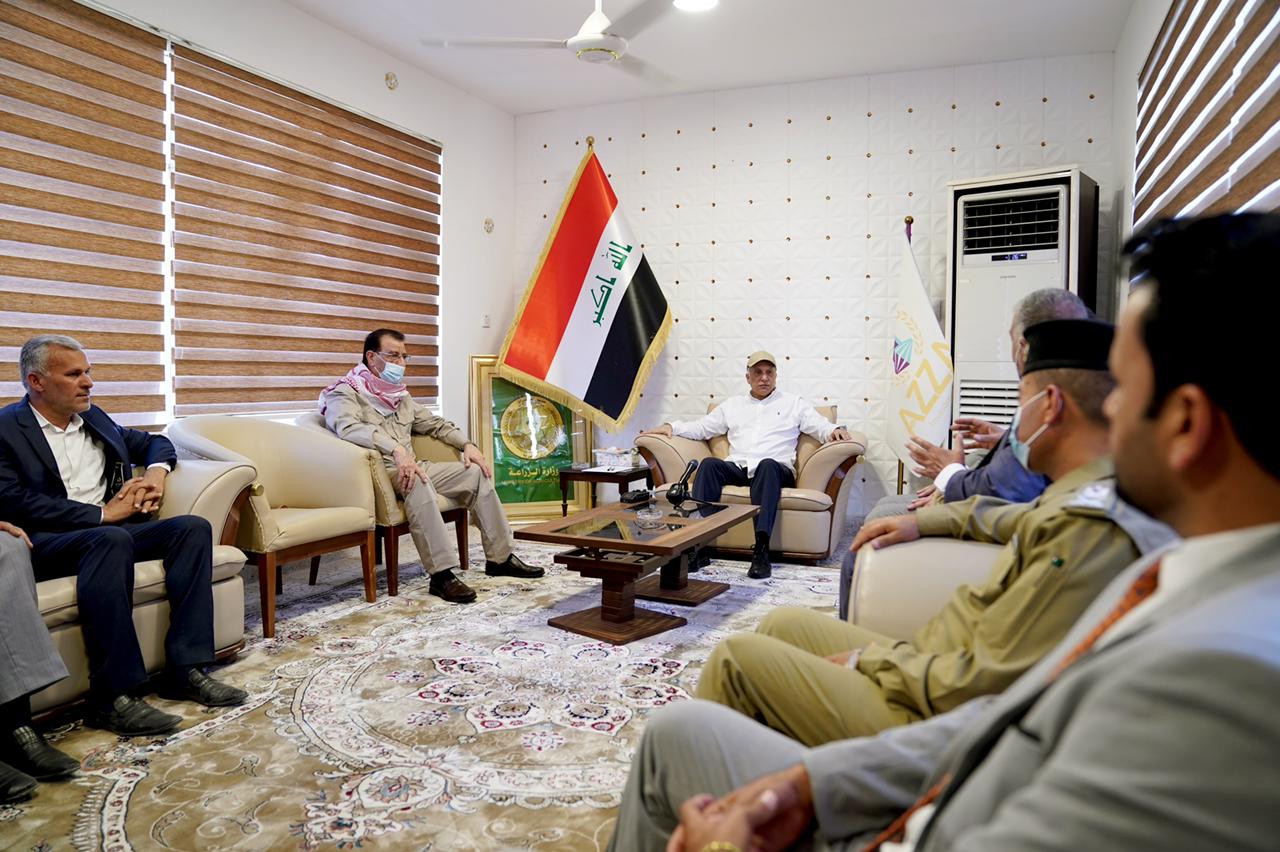 Shafaq News/ The Iraqi Prime Minister, Mustafa al-Kadhimi, held today, Wednesday, a series of meetings with farmers and graduates of the Faculty of Agriculture from Wasit in Baghdad.

PM Al-Kadhimi said, "Iraq used to be a storehouse of grains of the Middle East, from which various crops were exported, but unfortunately, agriculture in Iraq has been affected by long decades of wars and conflicts."

"It is neither plausible nor acceptable for Iraq to import crops, and it has been producing them since time immemorial, and we must work and make all efforts to restore Iraq's agricultural position in the region."

"The government has been keen to support and develop agriculture. We have succeeded in achieving self-sufficiency in some crops. We were even able to export several crops to neighboring countries during the past year," Al-Kadhimi added.

"Agriculture cannot succeed in Iraq without developing and without agricultural industries. This requires large investments that the government works to provide and support to investors at home and abroad."

"The success of all these projects depends on your tremendous efforts and your practical and professional experiences through which you will build Iraq."

"There is a chaos in planning in Iraq that has caused the accumulation of a large number of problems," stressing "the importance of specialization to lead the country to a real state of institutions. We want everyone to participate in building Iraq and allow the competencies to claim their position."

He warned that "totally relying on oil has attracted corruption. We must rely on real alternatives, the most important of which is agriculture," stressing "the necessity of halting water wasting and deploying modern technologies."

"Weapons are not a solution. Imposing wills through uncontrolled weapons is not a solution...Rather, elections are the way to change the situation for the better."