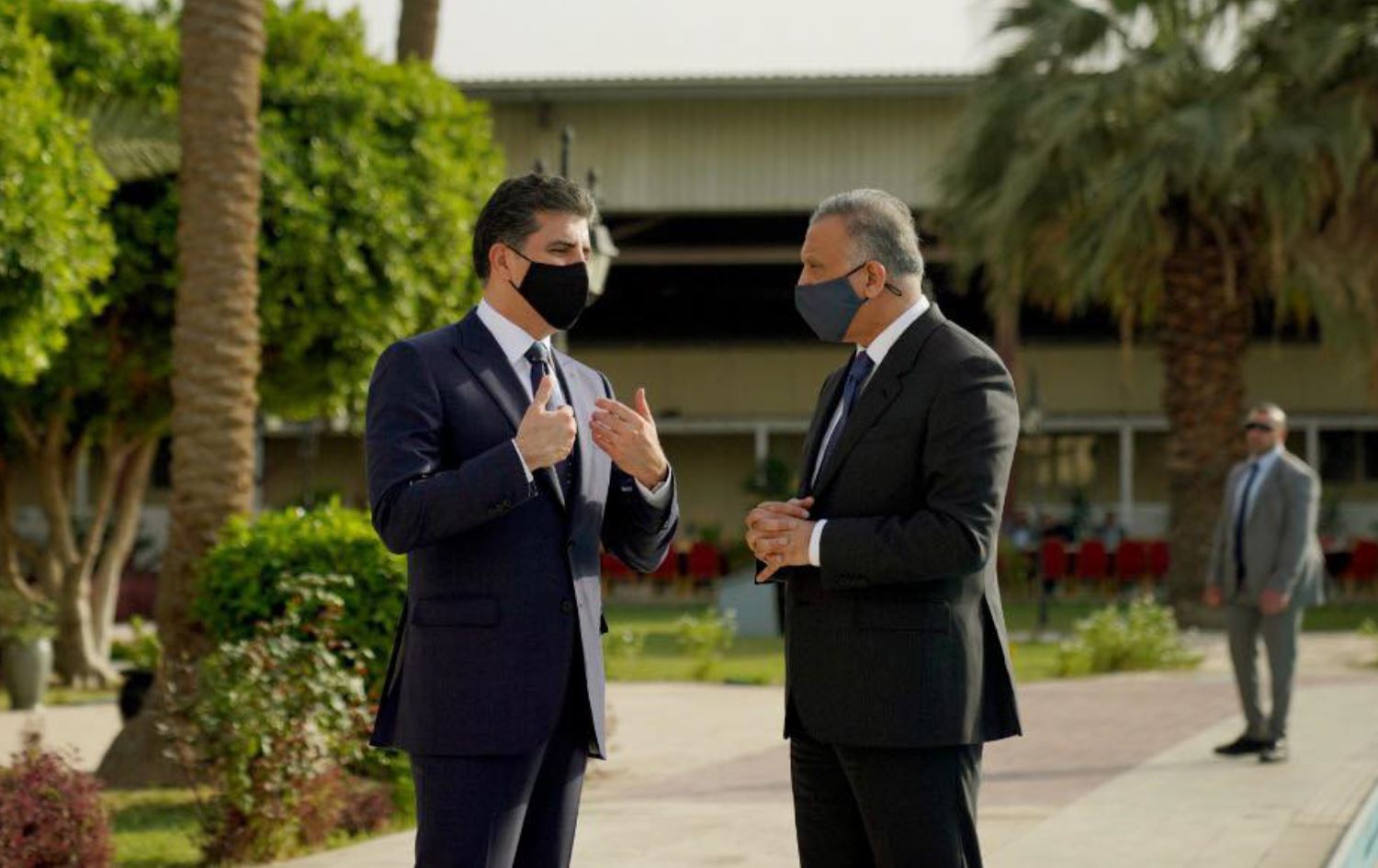 Shafaq News / Iraqi Prime Minister, Mustafa Al-Kadhimi, said that "unprecedented" security coordination is taking place for the first time between Baghdad and Erbil to halt the terrorist attacks in the disputed areas and the security gaps areas.

Al-Kadhimi said, "the relation is at its best between Baghdad and Erbil, noting that he had relations with the Kurds since the days of the struggle against dictatorship, with all Kurdish leaders, whether in al-Sulaymaniyah or Erbil, and that solved a lot of misunderstandings, which contributed to approving the budget."

Regarding the 2021 budget, Al-Kadhimi said, "The budget contains a clear agreement between the federal government and the regional government. It was approved in Parliament and had parliamentary support."

Baghdad is now in the final stage of approving and implementing the budget provisions, and Kurdistan's share will soon reach Erbil, he added.

The Prime Minister stressed that the disputed areas represent a problem that cannot be solved in two days, emphasizing the need to enhance trust between Arabs and Kurds.

"A delegation visited the region earlier, and another delegation will go to find solutions regarding security coordination, which, unfortunately, are exploited by ISIS gangs and terrorist groups."

Al-Kadhimi expressed his confidence, "the regional government will cooperate with Baghdad's proposals in this direction because the security of the region is the security of Iraq, and it is a collective responsibility."

He pointed out, "representatives of the region attended a security meeting in Baghdad for the first time. They discussed the issue of the disputed areas. The two parties will work to solve their problem with a proposal submitted by Baghdad."