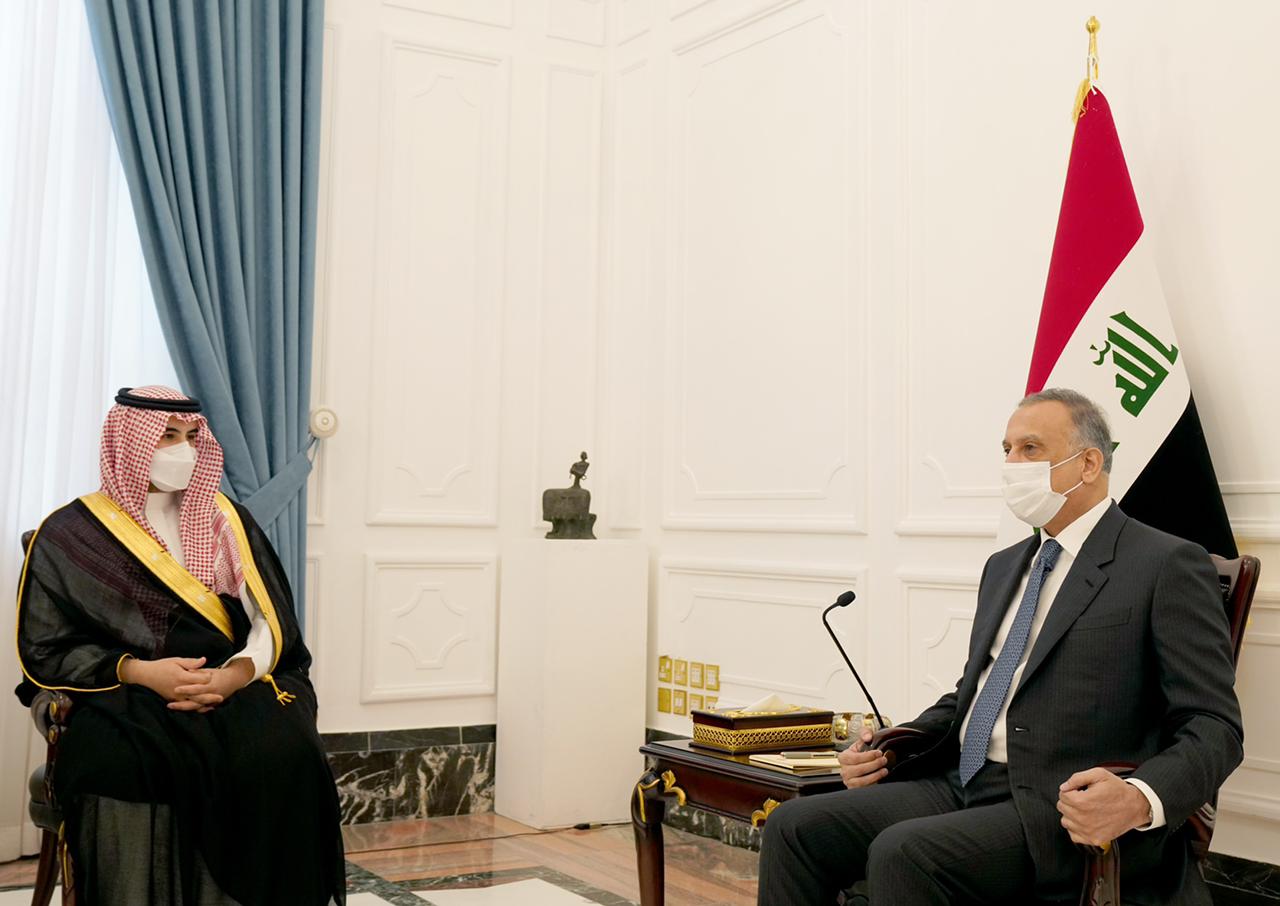 A readout of the meeting issued by the Iraqi Prime Ministry said that PM al-Kadhimi stressed upon enhancing the bilateral relations between Iraq and Saudi Arabia in the political and economic fields and the security cooperation in the war against ISIS remnants.

PM al-Kadhimi emphasized the need to endorse the outcomes of the recent Iraqi-Saudi cooperation meeting and push forward the file of the Saudi investments in Iraq.

"The current stage of the bilateral relations is fruitful in terms of achieving the interest of both countries, enhancing security, consolidating stability, firming the sustainable development in it."

Al-Kadhimi reiterated his "directives to the security leaders to bolster security cooperation with their Saudi counterparts in a manner that serves the interests of both countries."

For his part, Prince Bin Salman conveyed the greetings of his father, Salman bin Abdel Aziz, and his endeavors to boost the bilateral relations.