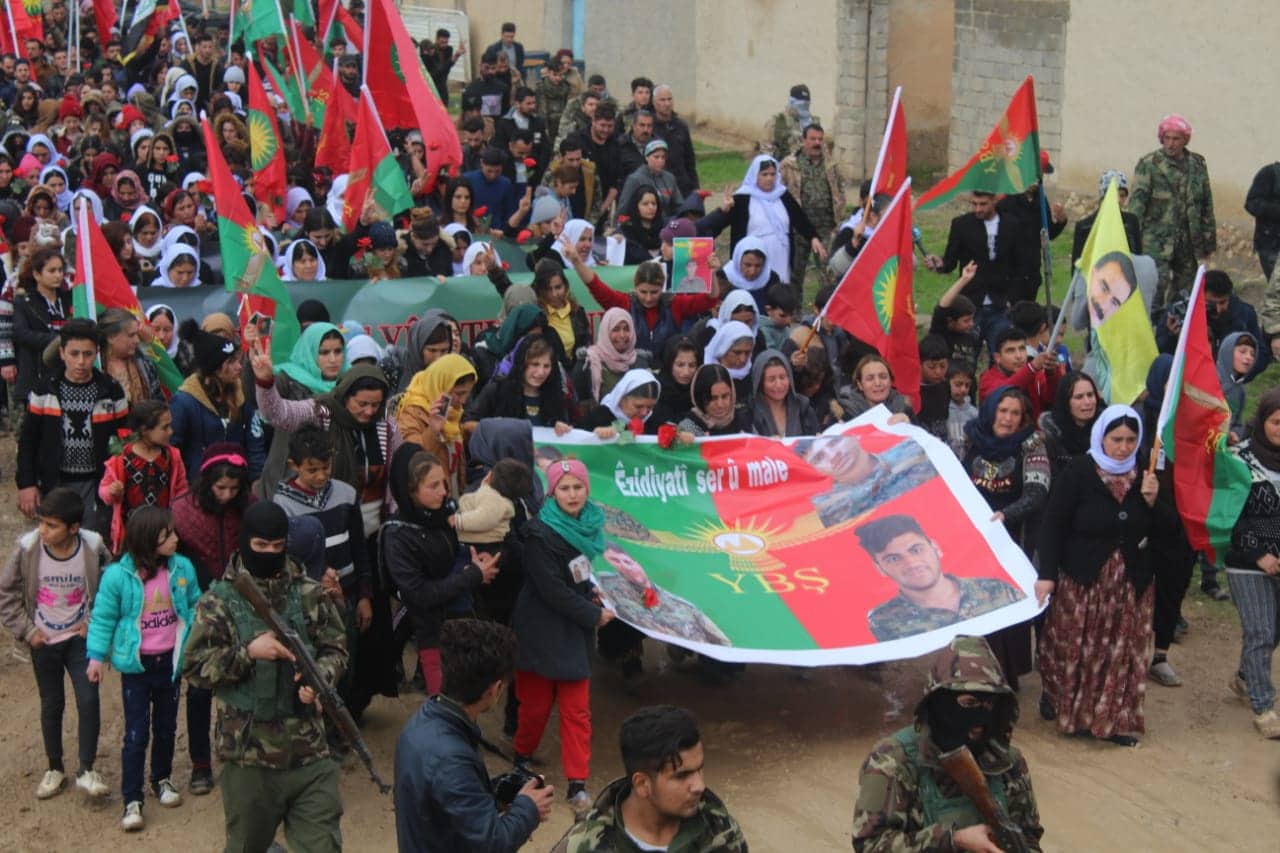 Shafaq News / A demonstration by supporters of Alishba and PKK forces was organized in Sinjar district on Sunday, calling for the release of the killers of a member of the Shammar tribe.

Shafaq News Agency reporter said that the demonstrators also demanded that Alishba remain in the old police building, which is currently taken by them as headquarters.

Three people from the Shammar tribe were killed by gunmen near Sinjar district. The tribe accused the PKK of being behind the incidents.

And the new agreement will address the issue of duplication of administration, and Al-Kazemi stressed Baghdad's keenness on Sinjar being free of armed groups, whether internal or from outside the country, in reference to the PKK.

There are currently two local governments for Sinjar, one of which was appointed by the federal government authorities, and the second is the elected government, which operates from Duhok governorate.

The anti-Ankara PKK also formed a faction loyal to it there, called the "Sinjar Protection Units" and receives salaries from the Iraqi government as a faction under the umbrella of Al-Hashd Al-Shaab.

Sinjar residents call for removing armed presence from the district