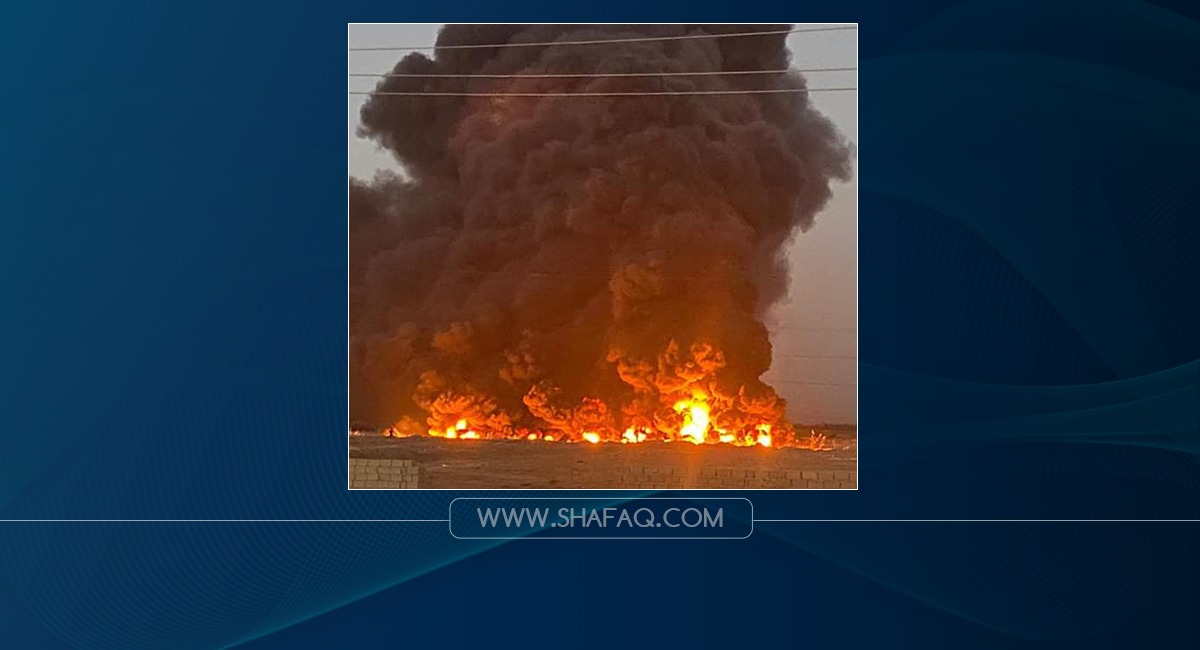 Shafaq News/ A fire broke out in an oil pipeline located in the outskirts of the Bani Saad sub-district, southwest Baqubah.

A source told Shafaq News Agency, "the fire erupted in an oil pipeline passing behind a local gas station near al-Muradiyah territory in Bani Saad sub-district, 18 kilometers southwest to Baqubah.

The Commander of the Diyala Police, Major-General Hamed Kahlil al-Shammari, said that fire was caused by a gasoline leak from an irrigation project nearby.