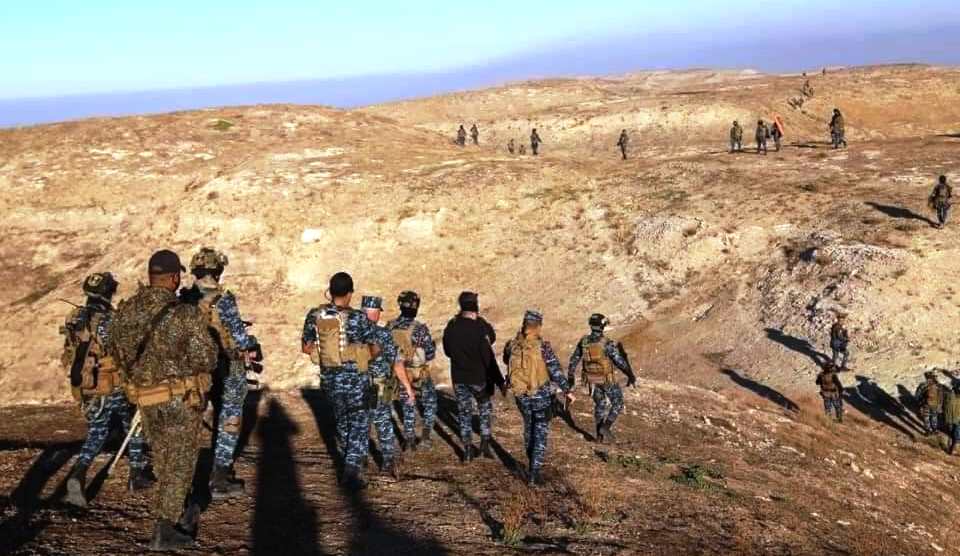 The district administrator of Tolol Al-Baj, Hatem Al-Shammary, said in a statement to Shafaq News Agency that the operation center is in Al-Tharthar, covering parts of Nineveh, Al-Anbar, and Saladin governorates, with dozens of terrorists roaming freely in between through shelters and tunnels.

Al-Shammary highlighted the difficulty of securing Al-Tharthar due to its rugged and extensive landscape, which requires constant security reinforcements and military presence.

He also mentioned that security sectors already delivered many attacks, but they were of limited effect and didn't clear the area of ISIS terrorists.

He continued, "since ISIS terrorists are well aware of the landscape, they use roads and paths away from security surveillance."

Al-Shammary considered liberating Al-Tharthar to be a great hit that will destroy the terrorist groups and contribute to securing the three governorates "Nineveh, Al-Anbar and Saladin."

On the other hand, the operation leader of Nineveh in Al-Hashd al-Shaabi (Popular Mobilization Forces-PMF), Khodeir Al-Matrouhi, stands by Al-Shammary's demands saying, "the presence of ISIS terrorists in that area and their movements are what's causing most of the terrorist attacks."

Al-Matrouhi excluded in his talk with Shafaq News Agency the possibility that ISIS terrorists are able to breach administrative units in Nineveh and Saladin or even take back their previous locations since proactive operations and monitoring and control operations are always action 24/7.

Meanwhile, a security source told Shafaq News Agency that ISIS terrorist groups held many meetings in Al-Tharthar to assign roles for what they call the governorates administration.

The source added that taking over Al-Tharthar requires flying drones constantly to reveal the hideouts of the terrorists who recently started holding individual meetings and exchanging secret messages.