New President to be nominated after the Newroz holidays-MP 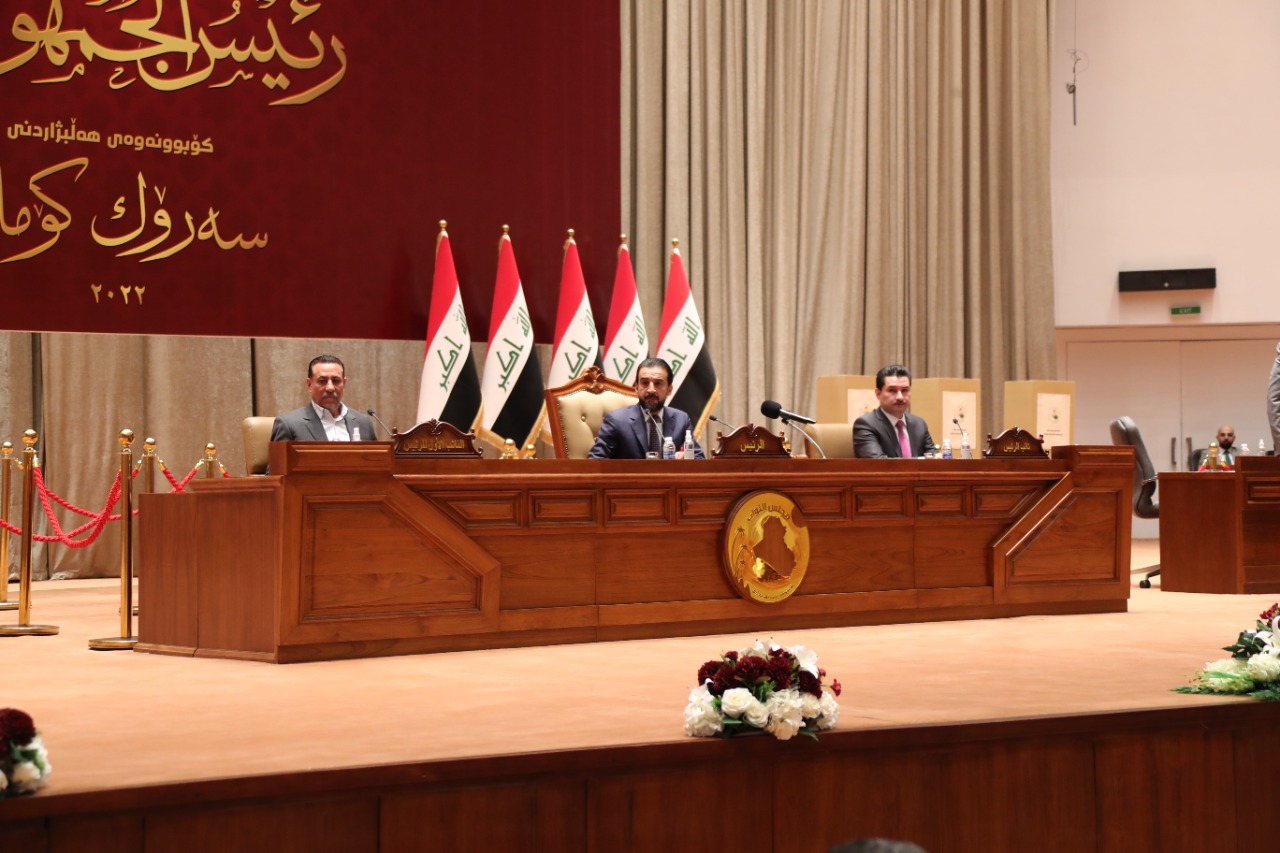 Shafaq News / The Kurdistan Democratic party revealed today that the Parliamentary session during which the new President will be nominated, will be held after the Newroz holidays.

MP of the party, Majed Shankali, told Shafaq News agency that the session is scheduled to be held on March 26 or 27, noting that Rebar Ahmed is the trilateral alliance's candidate, and will be the new President of al-Salam palace.

On March 10, the Deputy Speaker of the Iraqi Parliament, Shakhwan Abdullah, revealed that the Parliament has received a list of 40 Presidential candidates.

Abdullah said in a statement that the Parliament will submit the candidates' names to the concerned authorities to check their status and files, noting that they will be publicly announced after this process.

Ahmed will compete with the Patriotic Union of Kurdistan's candidate, Barham Salih.

The vote for president, a role traditionally reserved for the Kurds in post-2003 Iraq, primarily pits the incumbent Barham Saleh against his top challenger, former minister Rebar Ahmed, candidate of the Kurdistan Democratic Party (KDP).

Spurred by the sweeping victory over their Kurdish rivals, the KDP seeks to adjust the terms of the long-standing allotment that allowed the Patriotic Union of Kurdistan (PUK) to keep the post of the president since 2003.

KDP: a reporter was arrested while covering the special elections today